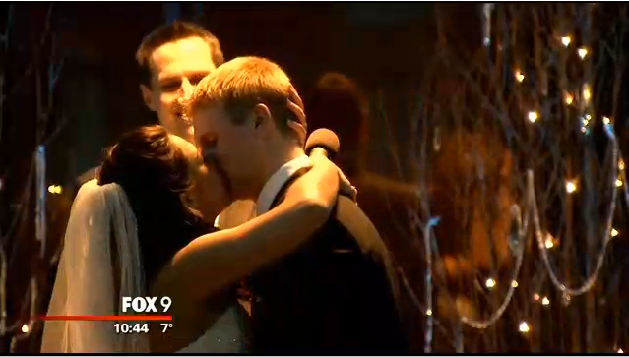 After their second trip down the aisle together a Minnesota couple tied the knot on Saturday and captured the attention of the Internet.

Brittney Husbyn and Briggs Fussy walked down the aisle 20 years ago as the flower girl and ring bearer in a family wedding. Video from the event shows Fussy standing still while Husbyn wanders around the ceremony.

Now, after meeting again in a high school class and dating for more than five years, the pair are married.

Pictures of the two recreating an image from the first wedding have been circulating online and shared across hundred of sites, though they told CNN that they don’t really understand the fuss being made over their love story.