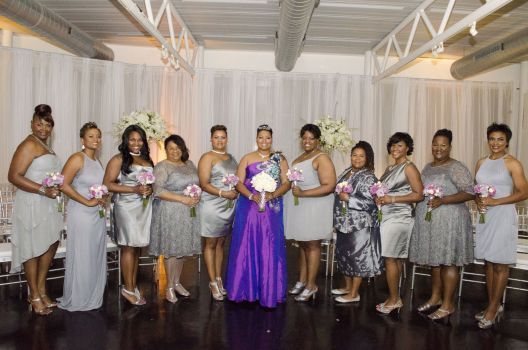 Unless newlywed Yasmin Eleby begins experiencing memory loss, she’ll never have to worry about her spouse forgetting her birthday.

That’s because earlier this month Eleby, a kindergarten teacher who promised she would take matters into her own hands if she hadn’t found love by age 40, “married” herself.

It wasn’t exactly legal, but it wasn’t a joke either.

With an amethyst and diamond eternity band on her ring finger and a bridal bouquet in her hand, Eleby tied her own knot during a January 3 ceremony at the Houston Museum of African American Culture. She had 10 bridesmaids. Her mother walked her down the aisle. Her sister, a minister, presided over the exchanging of vows.

“I made vows to myself,” Eleby told KSAT 12. “I made promises to honor, love and forgive myself.”

Some guests at the wedding couldn’t hold back their tears.

“I’m looking around seeing people wiping their eyes,” she said. “I’m trying to keep it in.”

Eleby said her admittedly unorthodox decision wasn’t made in desperation.

“I didn’t do it because I couldn’t find a husband,” she said. “I really want people to know that I’m not angry. I’m not lonely. I’m not bitter. I’m not a spinster. I’m just a fun-loving, happy person.”

Eleby said she is still holding out hope to make vows to someone other than herself someday. In the meantime, she’s planning a honeymoon to Cambodia.