Suspect in violent rape identified by a second accuser 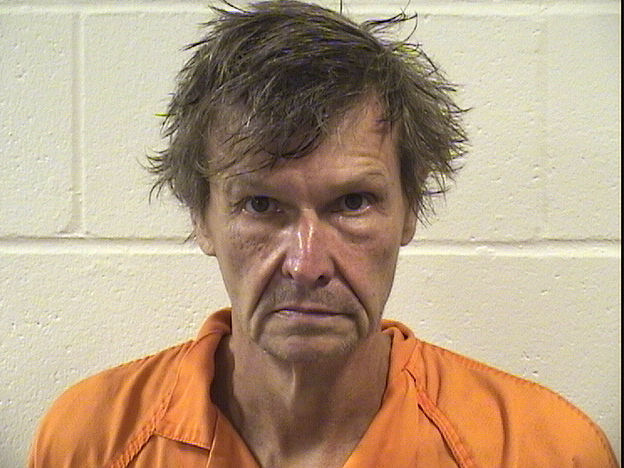 RJ Thompson, 56, of Coalgate, was charged last week with kidnapping stemming from an incident in late 2014. At the time, he was already facing charges of kidnapping, forcible sodomy, two counts of first-degree rape, assault and battery and pattern of criminal offenses from an alleged attack in January.

The second set of kidnapping charges originated when a woman called authorities Oct. 12 and said she had been assaulted by a man she had briefly dated.

The unidentified woman said Thompson was parked outside her home. According to her statement to the police, when she went outside to see what he wanted, Thompson, holding duct tape and a knife, allegedly grabbed her and dragged her into his SUV, which had a tarp laid out in the back.

The victim said Thompson threatened to cut her throat and punched her in the face several times.

She told police that she kicked the knife out of Thompson’s hand and “started screaming, which caught the attention of a neighbor who heard dogs barking,” Deputy Travis Wilson said in his report. The victim was able to get out of the truck and run to safety.

Wilson said the woman could not provide details about Thompson’s identity, such as his last name or date of birth, saying only that he stayed at her home a few times and they had briefly dated. Wilson noticed injuries to the woman’s face, indicating she had been assaulted, according to the report.

But the woman contacted the police again Jan. 14 after reading in The Ada News that Thompson had been arrested for allegedly raping a different woman. She said the RJ Thompson whose photo was in the paper was the same man who attacked her in October, police said.

Ada Police Detective Destry Musgrove said Thompson reportedly kidnapped a 36-year-old woman from her residence in Ada on Jan. 9, when he forced her into his vehicle. She told the police that she and Thompson knew each other, but did not elaborate on the relationship.

“The victim stated that Thompson debated on whether or not he was going to kill her, but she convinced him to drive her back to Ada and let her go,” Musgrove said.

Thompson did drive the woman back to Ada and let her go, Musgrove said. Thompson was arrested in Konawa, Oklahoma, the next day, Jan. 10.

Mitchell writes for The Ada(Ok.) News