Scientists discover nature’s strongest material, thanks to the sea snail 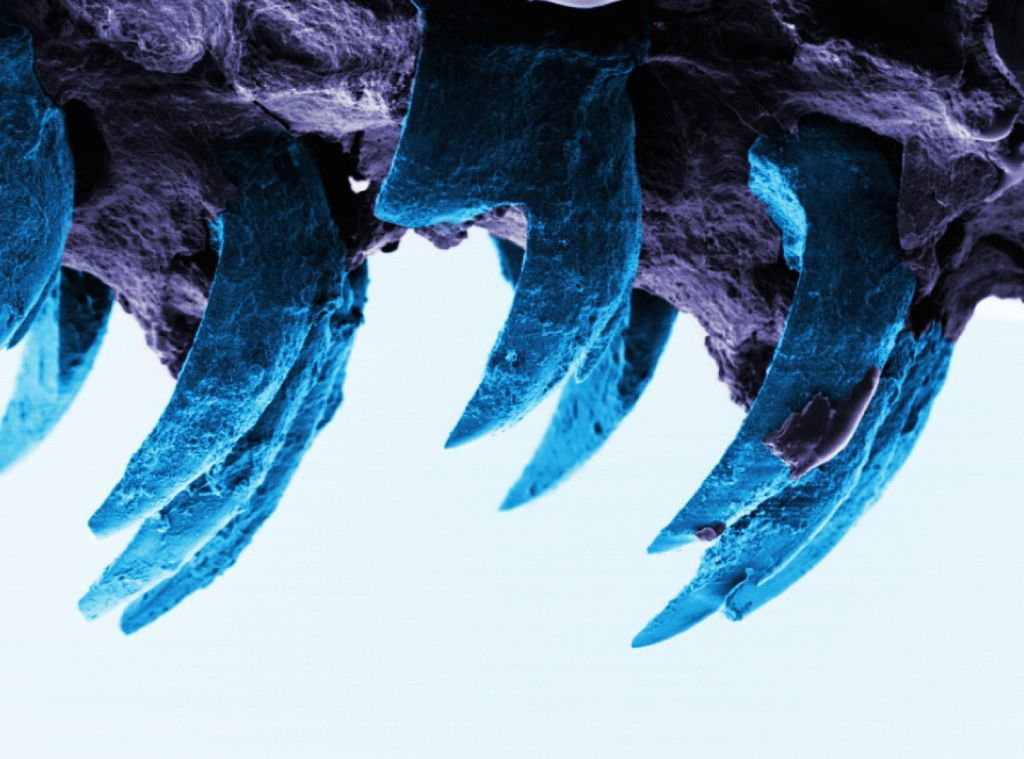 It’s as strong as steel and tough as a bulletproof vest, capable of withstanding the same amount of pressure it takes to turn carbon into a diamond. Scientists have discovered nature’s newest, strongest material, and it comes from . . . a sea snail.

All hail the mighty mollusk.

In a study set to come out this month in the Journal of the Royal Society Interface, British researchers announced that the teeth of shelled, aquatic creatures called limpets are the strongest biological material on Earth, overtaking the previous record-holder, spider silk.

The teeth, which are so small they must be examined with a microscope, are composed of very thin, tightly-packed fibers containing a hard mineral called goethite. Limpets use them to scrape food off of rocks, but lead author Asa Barber said humans can adapt the technology to build better planes, boats and dental fillings.

Barber, a professor at the University of Portsmouth in the United Kingdom, tested the tooth fibers for tensile strength – the amount of force they can withstand without breaking – by attaching each end of a very small shaving to a lever and pulling on the sample with an atomic force microscope. He found that the material had a strength of 5 gigapascals, about five times the strength of most spider silks.

“People are always trying to find the next strongest thing, but spider silk has been the winner for quite a few years now,” Barber told the BBC. “So we were quite happy that the limpet teeth exceeded that.

The teeth also bested several man-made materials, including Kevlar, a synthetic fiber used to make bulletproof vests and puncture-proof tires. The amount of weight it can withstand, Barber told the BBC, can be compared to a strand of spaghetti used to hold up more than 3,300 pounds, the weight of an adult female hippopotamus.

Their secret is in the size of their fibers, which are 1/100th the diameter of a human hair. The ultra-thin filaments avoid the holes and defects that plague larger strands – including man-made carbon fibers – meaning any structure they comprise is also flawless, regardless of how big it gets.

“Generally a big structure has lots of flaws and can break more easily than a smaller structure, which has fewer flaws and is stronger,” Barber said in a university press release. “The problem is that most structures have to be fairly big so they’re weaker than we would like. Limpet teeth break this rule as their strength is the same no matter what the size.”

“All the things we observe around us, such as trees, the shells of sea creatures and the limpet teeth studied in this work, have evolved to be effective at what they do,” he said. “Nature is a wonderful source of inspiration for structures that have excellent mechanical properties.”

He looks forward to seeing limpet tooth-inspired Formula One race cars, among other things.

Now if only Barber could get drivers to adopt an entire limpet aesthetic – a sea snail-shaped race car is something we would really like to see.