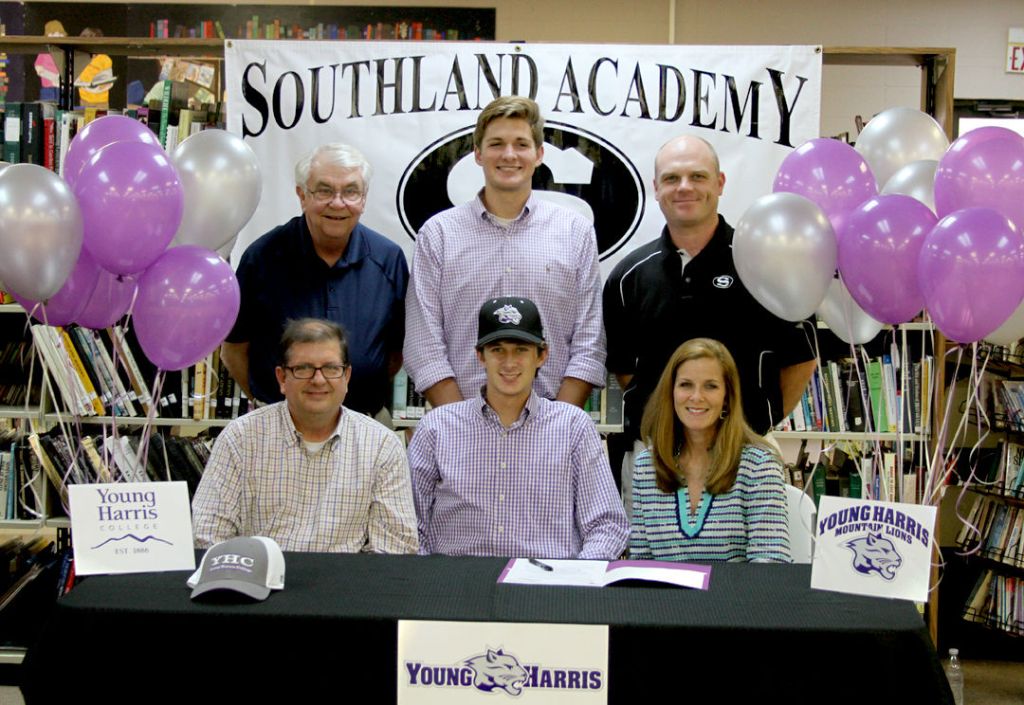 AMERICUS – Southland Academy held a signing ceremony on April 21 for senior baseball player Geoffrey McDonald. During the ceremony, McDonald, a starting pitcher for the Raiders, signed a letter of intent to attend Young Harris College in the fall and play baseball for the school’s team, the Mountain Lions.

McDonald, an Americus native, began learning to play baseball from his father at a young age. He played on recreation league teams in elementary school. He has played for the Raiders since his seventh-grade year, joining the varsity team as a freshman.

In addition to baseball, McDonald has also run track and played for Southland’s basketball team, but has been focusing mainly on baseball during his senior year.

McDonald threw a no-hitter earlier this season as well as several shutouts. He was named to the All-Region team after his sophomore season.

McDonald told the Times-Recorder that he chose Young Harris College because it is a small school with a beautiful campus. He said “I visited Young Harris for the first time the summer after my sophomore year. I was actually there for a running camp, but I met the baseball coaches while I was there. I really like the coaches. They have a great staff and I feel like I can learn a lot from their pitching coach.”

McDonald is looking forward to learning as much as he can during his college career and winning as many games as possible saying “I want to learn a lot about the game so that I can transfer that knowledge on to younger kids in the future. I’d like to keep the game knowledge going. I don’t think that I would want to coach as a career, but I would like to give lessons and help others learn about the game.”

McDonald said that he will most likely study accounting while a Young Harris.

Raider head coach John Brady told the Times-Recorder “This is something that Geoffrey has been wanting to do for a while. He has been a baseball-first guy as long as I’ve known him, which has been five years. Last year, he really started to show potential on the mound and I knew that it wouldn’t be long before he got an opportunity like this. He has worked very hard and really deserves this. We are all proud of him and happy for him.”