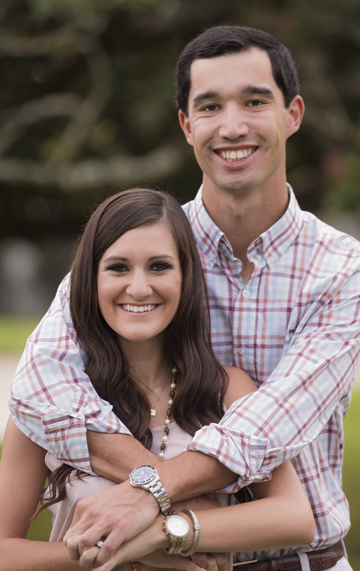 Leisa Easom, Ph.D., and Rennie Easom of Americus announce the engagement of their daughter, Derrick Leigh Easom, to Terry Collin Ho of Albany, son of Mr. and Mrs. Terry Ho of Albany.
The bride-elect is the granddaughter of Mr. and Mrs. Donald Rigsby of Byron, and the late Mr. and Mrs. Rennie Easom of Americus.
She is a 2011 graduate of Southland Academy, and a 2015 graduate of Georgia Southwestern State University with a bachelor’s of science in nursing. She is employed with St. Mary’s Good Samaritan Hospital in Greensboro, Georgia, as a medical-surgical registered nurse.
The future groom is the grandson of June Brown Rentz, Mr. and Mrs. Donald D. Rentz, Ms. Yang Shen Ho and the late Mr. Ho, all of Albany.

He is a 2009 graduate of Deerfield Windsor School and a 2015 graduate of Southern Polytechnic State University with a degree in civil engineering.

The wedding is planned for 5:30 p.m. April 23, 2016, at The Barn at Crooked Pines at Lake Oconee in Eatonton. The couple will reside in Greensboro.