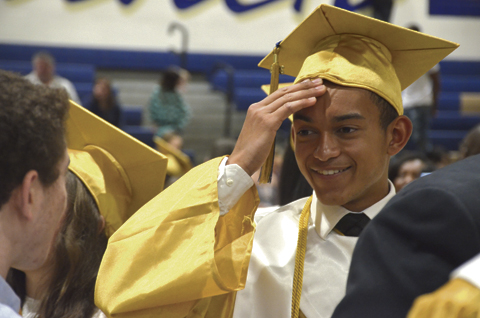 Honor students from Americus-Sumter High School had an opportunity to honor the teachers who most inspired their academic career at the 2016 Baccalaureate Celebration. Each of the students awarded a Golden Apple to the educator he or she felt contributed most significantly to their success. Shown is Honor Graduate Heeral McGhee, who, along with Morgan Cloutier, was this year’s recipient of the Daniel Willis Student Athlete Award, the presentation of which was also made at the ceremony. Both tennis players, McGhee will be attending Yale University while Cloutier will be attending Georgia Tech. The Scholarship, presented by Coach Carl Willis, is made in memory of his son, a football player at the University of Georgia who died in a car accident in 2007.

Students in Kathy Jackson’s kindergarten class at Webster County learned about fiction and nonfiction. Students listened to the book The... read more