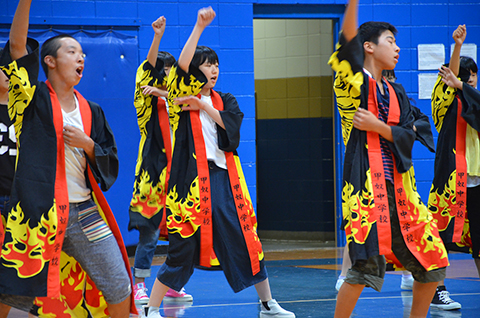 The visiting Japanese students performed a traditional dance for the students and faculty at Americus-Sumter High School.

AMERICUS — The delegation from Americus’s City sister, Konu/Miyoshi City, Japan, were smothered in hospitality and gifts from a variety of individuals and organizations in the county. The sites they visited only once extended beyond the county line: a special pre-opening visit to Pasaquan historic site north of Buena Vista. Otherwise, it was Sumter County on display much to the appreciation of the Japanese delegation.
“I’ve been on this trip to Americus three times before, but this is the first time I feel like I’ve been to Americus,” said Japanese Delegate Tomomi Katayama.
A lot of the trip followed the trail of the many organizations in the county dedicated to identifying or protecting some form of human rights.  A representative from each of these organizations was on hand to greet the delegation as they arrived on Wednesday afternoon, to the pomp and circumstance of the Americus High Jazz Band under the direction of Deborah Hughes. A Southern feast of shrimp and grits along with ham biscuits was served. Both Sumter County School Superintendent Lawrence Walters and Americus Mayor Barry Blount offered welcoming remarks.
“This is a very important cultural exchange, and the Sumter County Schools have fulfilled a very important purpose in hosting the Japanese these past few years,” said Walters.
This year, a broader element of community support welcomed the group. Mayor Blount hosted the delegates for dinner at his home. The Americus Main Street director, Patrick Kay, hosted a lunch downtown at Monroe’s Hot-Dogs. The Sumter County Shriners offered a feast of food at their local lodge. The City of Americus and City Clerk Paula Martin made the arrangements for the opening event, while Tourism director, Nicole Thurston, traveled with the group creating a photo archive. Welcome Center Director Malcolm Argo led a tour of Americus. A wide variety of organizations from throughout the community, contributed gifts.
“The City of Americus considers our sister relationship with Miyoshi City to be of great value in the sense that affords our communities to have a cultural exchange of ideas and opportunities,” said Blount. “Our sister city program has been ongoing for more than 20 years and we look forward to expanding educational and business opportunities in the future.” 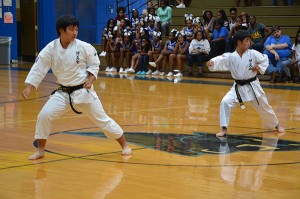 The delegation visited the schools where they performed a special Japanese dance, and a karate demonstration at Sumter County Middle School. The students met with other students at a mixer on Friday night hosted by Café Campesino. At Americus-Sumter High School, they were treated to lunch by Principal Kimothy Hadley and students from his culinary arts program, while the chorus, under the direction of Kaylynn Partridge, performed two songs sung in Latin.
Hadley was one of the adult delegates from the school system, who, along with Americus Ninth Grade Academy Principal James Coleman Price and Stacey Favors, had made the trip to Japan.
“I enjoyed seeing and spending time with the Konu-Miyoshi Japanese delegation I met back in June during the study abroad trip,” said Hadley. “I hope the partnership between Americus and Konu-Miyoshi continues to allow our educators and students to learn from each other for years to come.”
The two themes of the visit were human rights organizations in Sumter County, and men of vision who came from Sumter County.
“We loved the emphasis of this trip on human rights,” said Japanese delegate Ikuro Nishikori. “We never realized what an important place Americus is for human rights.”
Among the cavalcade of human rights organizations in Sumter County in attendance at the opening night festivities and visited during the stay of the Japanese included the following.
• The Rosalynn Carter Institute for Caregiving is dedicated to protecting the rights of caregivers to live a normal life in the charge of their service. Director Leisa Easom welcomed the group at the Rosalynn Carter Butterfly Garden and provided them with a book she had written along with Carter about caregiving. Georgia Southwestern State University Interim President Charles Patterson met the group and welcomed them to the campus, providing some information about his school.
• Habitat for Humanity is dedicated to the rights of all people throughout the world to live in a safe, decent home. Larry Perrault and Susie DeTitta welcomed the organization and provided a tour through the Habitat for Humanity Global Village, which vividly portrays the crisis of poverty housing throughout the world, while also showing the very simplistic homes a majority of people in the world aspire to own. Iva Eden, Employee Relations director at Habitat, spoke at the welcome dinner about the work Habitat was doing.
• Café Campesino is dedicated to helping Third World farmers receive a fair wage for their coffee beans. The Japanese contingent visited the roastery where the coffee beans are processed, and heard from Founder Bill Harris Jr. about how he was inspired to create his organization through a Habitat for Humanity trip to Guatemala.
“The house we were building was going to be bigger than the farmer thought and was going to take down one of his coffee trees,” Harris told the group. “The farmer refused to let that happen. That’s where I saw how important even one coffee tree was for them, and how hard they were struggling to make a decent wage.”
• Barbara Judy, superintendent of from the Jimmy Carter National Historic Site, spoke about how the site keeps alive the story of “America’s Human Right’s President.” The group visited Plains High School where they heard from Carter family member Kim Fuller about what is was like for her and for her small town, to suddenly have one of their own achieve the highest political office in the world.
• Jody Mayes, chief of Resource Management and Interpretation for Andersonille National Historic Site, talked about how the National POW Museum articulates and defines the rights of men who have been captured on the battlefield. The group toured Andersonville on the end of their four-day stay.
• Koinonia director, Bren Dubay, hosted the group for lunch at the farm, where they received an extensive tour of the pecan exporting operation that funds the many human rights initiatives that come out of Kononia.
• Sam Mahone, director of Americus/Sumter County Civil Rights Movement Remembered, spoke about the wide-ranging effect of the Americus Movement in protecting the rights of African Americans during the Civil Rights movement of the 1960s.
“The Americus Movement led to two of the most important legal victories of the Southern Civil Rights movement. It helped to push the 1965 Voting Rights Bill out of Congress, and broke the resistance of the Southern filibuster,” said Mahone. “The outcome of these legal victories helped to facilitate the passage of the Civil Rights Bill of 1964, and the Voting Rights Act of 1965.”
Addressing the group on Wednesday night, Mahone began in front of the display about the local Civil Rights movement at the Americus Welcome Center.
But as always, the heart and soul of the cultural exchange begins with the residents from the community who opened their doors to the Japanese students and allowed them to stay in their homes. This year’s list included Jasmine Jordan and Tosha Newsome; Dr. Jeff and Gina Grimm; Angela and Jamal Floyd; Donnie and Angie Smith; Shelly Morris; Susan Ruckman; and Sharon Bullons and Marissa Martinez.
“It was wonderful to see our Konu-Miyoshi City Japanese friends this past week,” said Principal Price, who was also in charge of overseeing the homestay program. “Each of the students enjoyed their home stays. There is a true sense of family and care when you see the students shedding tears when they are leaving to go home. Overall, everyone had a great experience and we look forward to seeing everyone when we return to Japan this coming summer.” 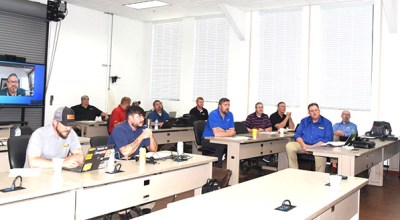 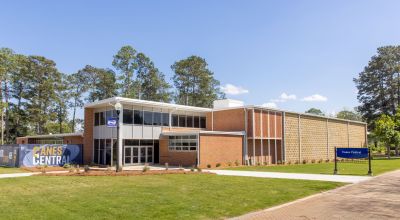 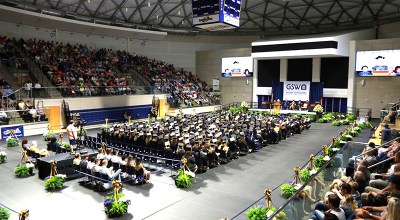 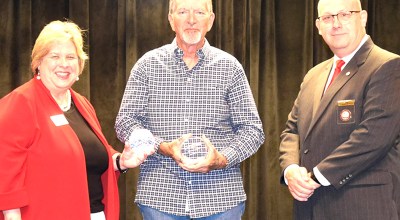