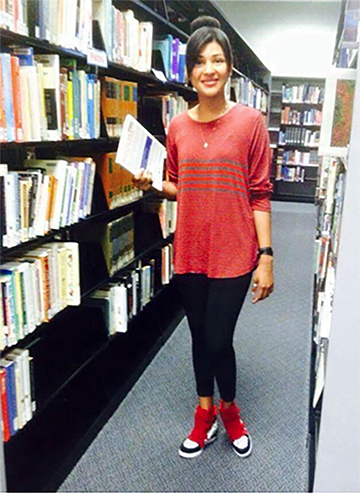 Alexander Lopez will finish her studies at South Georgia Technical College in May and return to her home country, Honduras, to start her own business and empower other women to do so.

AMERICUS —A little over two years ago, Alexandra Lopez made the trip of a lifetime, when she traveled from her home country of Honduras to southwest Georgia. During these two years, the 24-year-old student has been attending South Georgia Technical College (SGTC), where she is studying marketing and management.
How did she end up in Americus, Georgia? – you might well ask. Chalk it up to a providential meeting with a local clinical psychologist doing volunteer work during a visit to the impoverished country. Laura DePaola, Ph.D., who provides family treatment services at her aptly named Providence Psychological Services, was teaching a group of women at an American-run school in the mountains of Honduras when she was struck by the eagerness and aptitude of Alexandra Lopez. The young student shared her dream of coming to the United States to study. After some correspondence, both women decided to take a leap of faith. DePaola made arrangements for Lopez to study here and offered her a home as well.
Lopez was born and raised in what is now not only one of the world’s poorest countries, but one of the most dangerous, as the drug trade has taken its toll on the island. Women in particular are vulnerable and have lesser rights. Lopez says that no one even investigates if a woman or a child is killed. She is from one of the poorest and most dangerous regions – La Moskitia, an area drug runners use frequently when ferrying drugs between South America and the U.S. 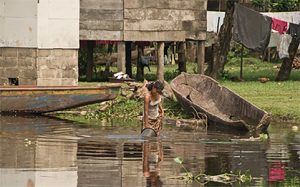 “Recently my mother had to send my brothers and sisters away to live with family members, because the violence is getting worse,” Lopez states. “She would leave, but my grandmother is ill and can’t relocate. About a month ago, my mother’s next-door neighbor was killed with a machete. We still don’t know why.”
But Lopez hopes that, by empowering herself through education and a career path, she can return home and provide empowerment to other women as well. She explains, “After I graduate, I want to start my small business back home, then help other women start small businesses.” Lopez believes that female economic empowerment will help end some of the violence, especially that directed toward women and children.
“At first she wanted to start a water taxi business,” DePaola recalls, “as most of the transportation in her area is by motorized canoe. Then pirates started attacking the boats. Her aunt was robbed at gunpoint twice. Now she wants to start a ‘pulperia’ – a small general store.”
Lopez adds, “If I can change my visa, I would like to work here so that when I get back to Honduras, I will have capital to start a small business. But right now I need to finish my degree. Only one semester to go!”
Lopez will be graduating in May, but only if she can pay for her last semester. She says, “I am not eligible for any financial assistance  — trust me, we have tried!”  SGTC has given her a break, allowing her to pay out-of-state rather than out-of-country tuition. Contributions from her local church, Calvary Episcopal, have helped, along with several yard sales and other fundraising efforts.
Spring semester begins on Jan. 5, and $3,000 is still needed to cover a last semester of tuition, fees, and supplies, and to help finance this stage of her ambitious dream.
Individuals wishing to contribute can do so by visiting The Alexandra Lopez Female Empowerment campaign at GoFundMe.com; or for a tax-deductible contribution, send to
Calvary Episcopal Church, 408 S. Lee St., Americus GA  31709 RE: Alexandra Lopez.
Lopez and DePaola are hoping their leap of faith will have the best of all possible endings: safety and success for lopez and many of the young women of Honduras.

Discovering America, in Alexandra Lopez’ words
• “People have asked what is was like living in what we call “La USA” (pronounced La OOSA) at the very beginning. I grew up on an island off mainland Honduras. We had no refrigeration, and the toilet and shower are outside. My mother uses a washboard and tub to wash clothes. We have enough solar power for a TV, though, so I knew a lot about American TV shows when I got here!”
• “A lot of things were confusing when I first arrived. First, I was freezing, because everyone has air conditioning. Honduras is tropical and never really cold. I wore a lot of clothes, but I was still cold. Second, there were appliances to learn about. My aunt has most of them, so I knew some, but how to make the water come out of the showerhead was confusing! I had to learn about the washer and dryer, and, although we cook over actual fire back home, I still don’t trust the toaster.”
• “When I first got here, I was afraid of all the police. They were everywhere. The police in my area are corrupt and get paid by the drug runners. Or there just aren’t any, like in my town. When the police officers were killed here in Americus, everyone was sad, and the funerals were incredibly respectful. The police are really respected here.”