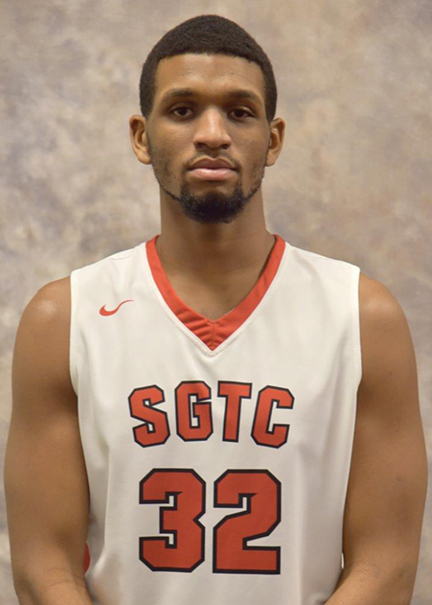 SUBMITTED BY SOUTH GEORGIA TECHNICAL COLLEGE: Davion Clark, pictured at right, recently signed a letter of intent to play basketball for with Allen University next season.

AMERICUS – South Georgia Technical College’s Davion Clark, a sophomore member of the Jets basketball team, which finished second in the Georgia Collegiate Athletic Association conference this past season, has signed a letter of intent to continue his basketball career as a Fighting Yellow Jacket at Allen University in Columbia, South Carolina, announced SGTC Jets head basketball coach Travis Garrett.
Davion Clark, a 6’5” forward from Dacula, Georgia played two seasons with the South Georgia Technical College Jets. Clark played in 31 on the 33 games last season and hit 23.5 percent of his three point attempts.
“I’m proud of Davion, I stress to all my players that they should go where they are wanted. I think he made the right choice in choosing Allen, I know he will have a positive impact on the program”, said Garrett. “The beauty of this is that Point University is in the same conference so they will compete against Jordan (former teammate). I look forward to watching them play.”
Clark received his Associate of Applied Science in Recreation and Leisure Management and will begin working towards his next degree at Allen University.

Georgia Sparks jump to 10-3 after third tourney in…