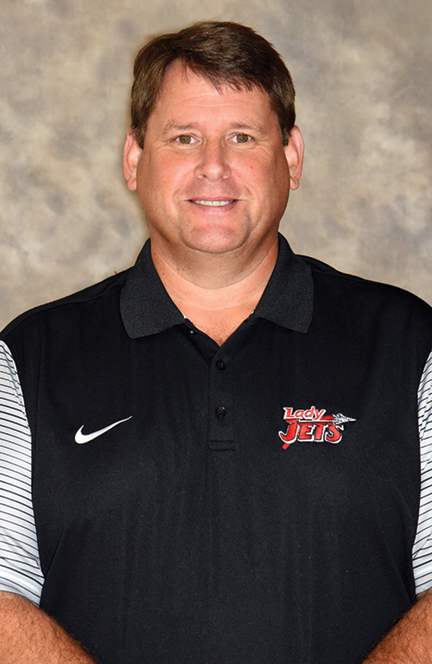 AMERICUS – South Georgia Technical College (SGTC) Athletic Director and Lady Jets head basketball coach, James Frey, has recently been tapped to serve as the National Junior College Athletic Association’s (NJCAA) Region 17 women’s Director. Frey is joined by David Elder, Commissioner of the Georgia Collegiate Athletic Association (GCAA), who is serving as the NJCAA Region 17 Men’s Director. Elder has over 19 years of consecutive service to the NJCAA.
This is the first season that Frey has been selected to serve as the NJCAA Region 17 Women’s Director. He is no stranger to the NJCAA, however. Frey served as the associate head men’s basketball coach at the College of Coastal Georgia for 20 years before being hired as the head women’s basketball coach at SGTC in 2012 and promoted to the Athletic Director in 2014. Under Frey’s direction, the Lady Jets have advanced to the Division I Women’s Basketball Championship three out of the past four seasons.
Frey earned his bachelor’s degree in Sports and Fitness management from Troy University (AL) and is currently pursuing a master’s degree. He and his wife, Lisa, have two children, Lindsey and Will.
When asked why he recommends the NJCAA to student-athletes, Frey answered, “It is a life changing experience. It is an opportunity to open doors for them that could impact the rest of their lives.”
Frey enjoys being associated with the NJCAA because of the closeness of the coaches. “I have gained lifelong friendships all over the country. The willingness of the coaches and athletic directors, especially in Region 17, to work together for the betterment of the region stands out to me. It is not a win at all cost mentality. I think coaches and administrators really care about what happens with the other schools and would like to see them succeed. That is somewhat unique these days.”
The NJCAA oversees many different sports across the country, but when asked what his favorite sport is, Frey replied, “Basketball because it takes everyone on the team regardless of position or pecking order to buy in and be selfless to win. There has to be a genuine ‘team before me’ approach.”
Region 17 in the NJCAA serves the state of Georgia and currently has 14 member colleges that play in both Division I and Division III sports. To read more about the NJCAA Region 17 and the role that James Frey and David Elder play this season, visit the website at:  http://www.njcaa.org/media/NJCAA_Insider/Nov%2017/Up_Close_Region/Region_17.