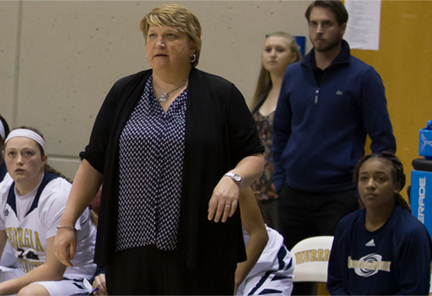 AMERICUS – Tyisha Moore scored 16 points and Brittany Robinson scored 13, but cold shooting from the Lady Hurricanes in the third quarter and hot shooting from UNC-Pembroke led to a 16-point deficit from which GSW couldn’t recover. As a result, GSW fell to the Lady Braves 73-60 last Monday at the Storm Dome.

GSW regained the lead on two free throws by Mariya Trimble, but the Lady Braves scored the last seven points of the half to take a 35-30 lead at halftime.

GSW shot 6 of 17 from the field (35.3 percent) in the third quarter, while the Lady Braves shot 50 percent, including going one for two from beyond the arc.

Kya Cochran made a jumper with 1:59 left in the game, but that would be as close as the Lady Hurricanes would get.