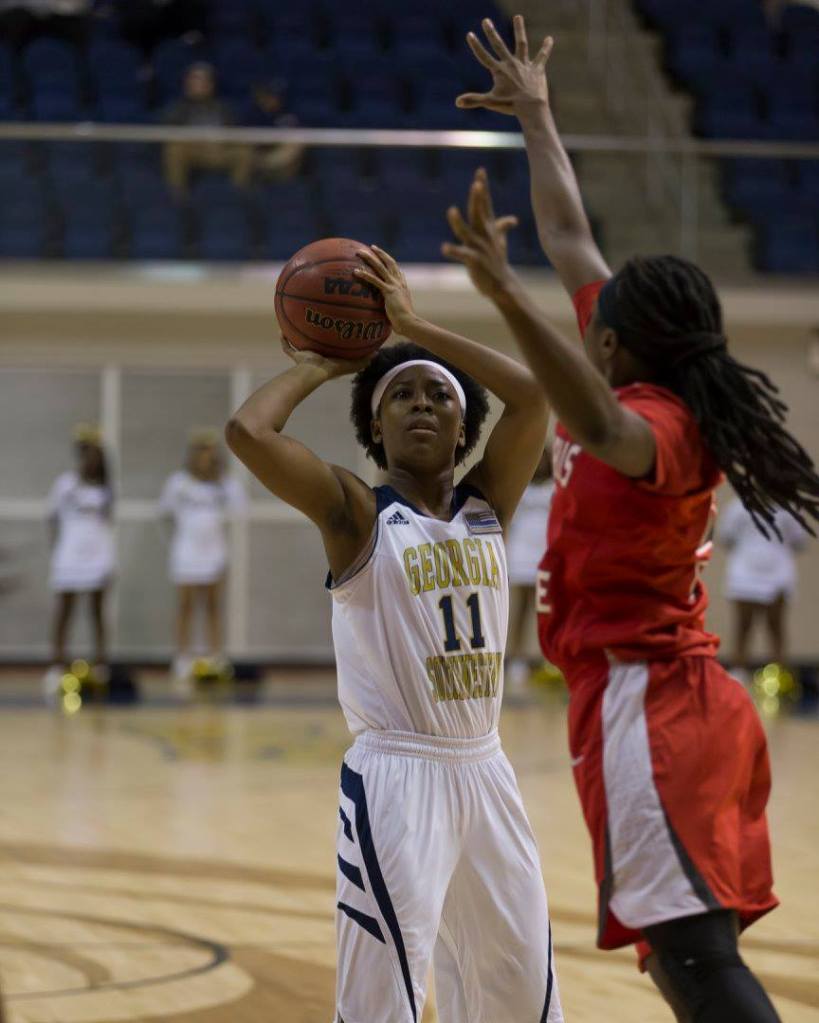 With the loss, the Lady Canes drop to 4-10 overall and 1-9 in the Peach Belt Conference.

Bri Roberts and Tiffany Hodge led the Lady Saints with 16 points each.

Flagler came out of the gate strong to start the game, shooting 54.5 percent from the field (12 of 22 shots) to take a 31-13 lead at the end of the first quarter. One factor leading to the big deficit for GSW was Flagler going on a 14-4 run to close out the first quarter.

The Lady Hurricanes were able to get back in the game in the second quarter by outscoring Flagler 21-12 to cut Flagler’s lead to nine by halftime. During the second quarter, GSW got help from Adrianne Brown, as she scored eight points by going 4 of 6 from the field to cut the deficit to single-digits.

The Lady Canes tried to get back in the game in the fourth quarter, scoring 27 points in the final stanza. However, they were unable to cut Flagler’s lead below 12 points. Tyisha Moore scored eight points in an effort to bring GSW back in the final 10 minutes.

Unfortunately for the Lady Canes, it would not be enough as Flagler would secure the win. Another factor in the Lady Canes’ undoing was that they were outrebounded 48-30 by Flagler.

GSW had four players in double-figures. Tyisha Moore led the Lady Canes with 16 points and Amanda Melosky scored 15. Kris Beckham was one rebound short of a double-double, as she scored 12 points and grabbed nine rebounds. Gabby Figgers scored 11 points, nine of those points coming on three three-pointers.

GSW will conclude its two-game road trip when they travel to Augusta to face Augusta University. Tip-off is scheduled for 12 p.m. on Saturday.