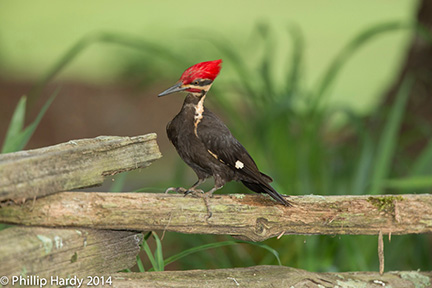 The elderly gentleman inhaled deeply as he savored the aroma of his morning coffee. With his first sip, he automatically gazed through the kitchen window at the icy evidence on his old truck’s windshield.
“Looks like Jack Frost visited us last night,” he almost whispered to his 5-year-old granddaughter, Cara, sitting beside him at the breakfast table.
“Why Papa?” came her reply. This was surely the first “why” of seemingly hundreds she would postulate before bedtime that day he mused.
“Because there’s ice on the roof, the grass and the truck,” came his reply. “Look for yourself,” he told her as he drank from his favorite coffee mug.
Eagerly the always inquisitive Cara bounced to the window, her breath steaming the inside of the single-pane glass as she pressed her nose to the center of the large window and looked for herself at the frost. With her tiny finger she traced the outline of a heart on the window and made sure Papa was looking. Instinctively the young girl knew how to manipulate her grandfather.
Just then, a large bird flew down from a tree in the yard to one of the many bird feeders the old man kept up routinely. Feeding birds was something he had done for many years. He even built many of his own feeders.
“Look Papa,” the observant granddaughter exclaimed with excitement. “It’s Woody Woodpecker!”
Without even having to look at the bird the grandfather knew what she was describing. And although it was still early and on his first cup of Joe, he recognized a teachable moment when one presented itself. As the granddaughter returned to her breakfast he began to tell her about the Pileated Woodpecker.
Perhaps we should first learn how to pronounce pileated. It’s PIL (like the kind of pill you take when sick) -E-ATED. Pileated means, “having a crest covering the pileum (the head of a bird).”
About the size of a crow, Pileated Woodpeckers are considered our largest woodpecker species in North America now that the Ivory-billed Woodpecker is probably extinct. They are, to me, a particularly striking and handsome bird with their mostly black body and a bold white stripe on the neck and head. The black and white colors contrast nicely on the dorsal and ventral portions of the wings. A beautiful, bright red crest on top of the head helps the viewer to easily identify this woodpecker.
Pileated Woodpeckers often announce their presence with their loud call well before they are seen. Because these monogamous birds usually hold large territories their call and their drumming on dead trees announces to others their territory. But dead trees aren’t all these powerful woodpeckers drum on.
Several years ago a friend contacted me about a Pileated Woodpecker that was destroying the brick molding on the exterior of a second story-window. I went to check on the situation myself and, sure enough, the bird had done some major damage. My friend was just before resorting to a shotgun to solve this dilemma.
This past October residents of Snellville reported vandalism to their vehicles. Someone (or something) was damaging mirrors on cars in a particular neighborhood. Police reports were filed and extra officers began patrolling the affected area. Finally, a witness reported that she observed a Pileated Woodpecker break her car mirror using his powerful beak. Case solved.
So, what were these birds doing to my friend’s window and the car mirrors?
Pileated Woodpeckers, like many animals, are territorial. They will aggressively chase another conspecific out of their defined territory. However, during the winter months, Pileated Woodpeckers will tolerate others of their kind. The reason for the woodpeckers acting the way they did to the window and the car mirrors was because they saw their own reflection in the glass. They were simply trying to oust the interloper from their territory.
Pileated Woodpeckers have large, powerful, chisel-like bills they use to excavate nesting cavities and roost sites in dead trees. The excavation process for a nest cavity takes about a month. After raising a brood, the pair abandons the nest site never to use it again. This opens new housing opportunities for other cavity nesting birds such as Great-crested Flycatchers, Eastern Bluebirds, Wood Ducks, Eastern Screech-owls, titmice and chickadees.
The woodpeckers also use their bills to open dead/decaying wood for their favorite food sources: carpenter ants and wood boring insect larvae. They will also consume some wild fruits and nuts. It is not unheard of for them to visit bird feeders and even consume sugar water.
In the spring of 2014 I heard the unmistakable sound of a pileated woodpecker outside my bedroom window. A mated pair had brought their three fledged young to my split-rail fencing in search of food — carpenter bee larvae. The next morning I was ready for the birds. I managed great close-up photographs of the entire family as they helped rid my yard of a new generation of carpenter bees.
If you want to attract these large woodpeckers to your yard, it helps if you live near a large, wooded tract. But with habitat loss and forest fragmentation, those tracts are getting more difficult to find. Native nuts and fruits will help attract not only woodpeckers but a host of other native species. If you have a standing dead tree on your property that is not a threat to your dwelling, you may want to consider leaving it for woodpeckers. If they don’t nest in the tree there is a good chance they may feed there. If the tree has fallen to the ground that’s fine, too. Pileated Woodpeckers will find it and use their beaks to search for wood boring insects.