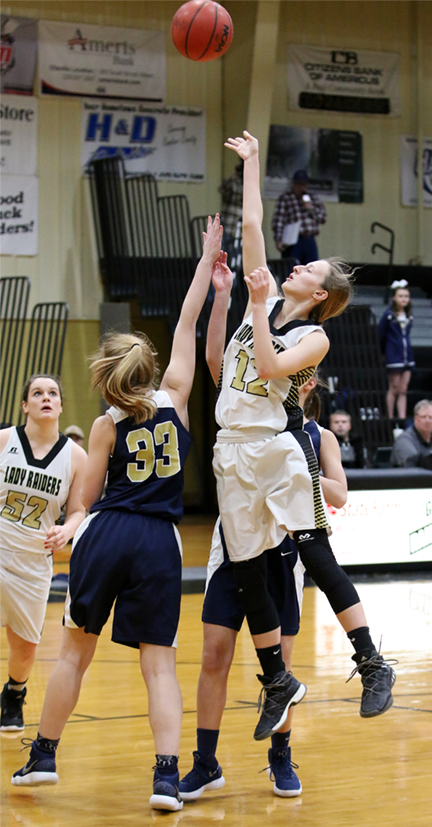 Southland's Sydney Payne goes up for a rebound against Tiftarea.

Southland trailed 8-5 by the end of the first quarter. However, the Lady Raiders outscored Tiftarea 12-5 in the second quarter and maintained a 17-13 lead at the half.

During the second half, Southland Head Coach Ty Kinslow decided to employ a slow, defensive strategy against the Lady Panthers. “We needed to slow down the ball game to keep our lead”, Kinslow said. “I told the girls to hold on to the ball and only take low-risk shots.” 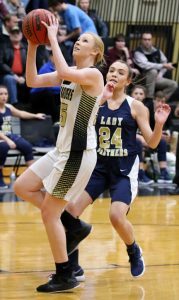 Southland’s Calyn Fort goes up for a shot against Tiftarea.

Due to the Lady Raiders’ strong defensive play, the strategy paid off. Southland maintained their lead in the third quarter, and led 26-19 to start the fourth quarter.

Tiftarea came to within four points of Southland during the fourth quarter. However, Southland was able to withstand Tiftarea’s rally and hold on for the win.