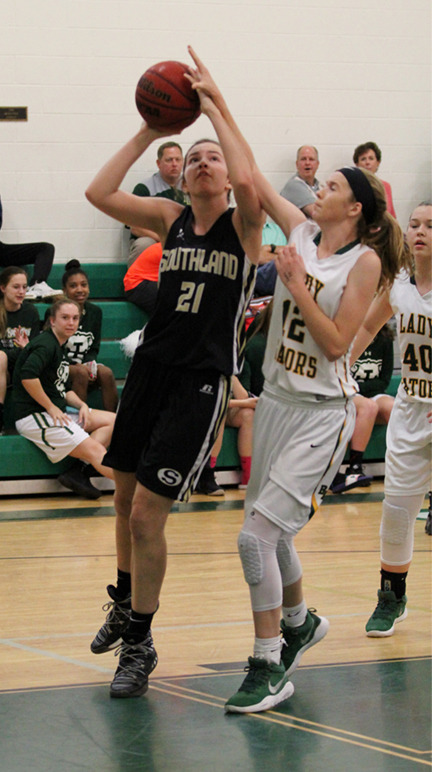 Southland’s Macy Williams going up for a shot against a Bulloch defender.

ATLANTA – Cassi Bass scored 18 points to lead the Southland Academy Lady Raiders to a 45-24 victory over Bulloch Academy in the first round of the GISA AAA Girls State Basketball Tournament played at Holy Spirit Prep School on Tuesday, February, 20, in Atlanta.

Kathleen Kinslow and Macy Williams each scored five points, while Sydney Payne, Calyn Fort and Savanna Banks each chipped in four points in the victory. Williams also had six rebounds and Banks had four blocks on the night.

Bass also got it done on the defensive end, recording four steals. “We really set the tone with great defense and shot the ball extremely well early to get us off to a great start,” Southland Head Coach Ty Kinslow said. “Cassi hit several three-pointers to get us going.”