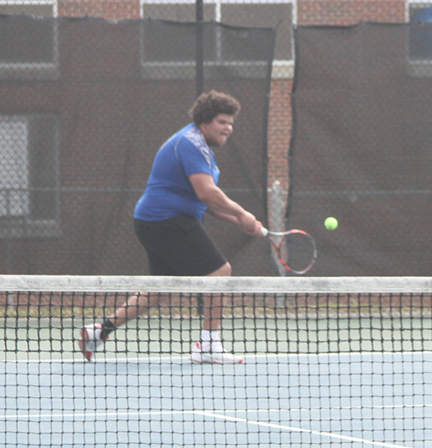 The Panthers and Lady Panthers first took on Lee County. Though they fought extremely hard, the ASH girls fell to the Lady Trojans 3-2.

It started out well for the Lady Panthers as the number one singles player, Hannah Martinez, defeated Lauren McClure in a hard-fought, three-set match. Martinez lost the first set 4-6, but won the second set 6-4 and won the third and deciding set in a 10-7 tie breaker

The match between Americus-Sumter’s Jovan Sykes and Lee County’s Carlee Norman went the same way. Sykes lost the first set 4-6 but won the second set 6-1. However, the third and deciding set came down to a tie breaker, and Sykes fell to Norman 8-10, thus losing a hard-fought battle.

The Lady Panthers’ number three player, Kimberly Worthy, had the same experience as Sykes and Martinez. Worthy faced Taylor Bates of Lee County and lost the first set 3-6 but came back to win the second set 6-2. However, Worthy lost the deciding third set in a tie breaker 9-11.

In girls doubles action, the Lady Panthers’ Kirby Perry and Taylor Garcia defeated the Lady Trojans’ duo of Kelsey Reynolds and Grace Feacheax 6-1, 6-3. The other doubles match between the Americus-Sumter team of Elena Pagan and Kyleah Reddick and the Lee County duo of Camden Misamore and Maleline Conger was an extremely hard-fought battle. Pagan and Reddick won the first set 6-1, but lost the second set 5-7. Once again, it would come down to a tie breaker in the third set. Unfortunately for Pagan and Reddick, Misamore and Conger won the third set in a tie breaker 7-10. The Lady Trojans won the match 3-2.

In boys’ action, the Panthers defeated the Trojans 3-2. It did not start out well for ASH as Aaron John Ndaayezwi, the Panthers’ number one singles player, lost to Nick Barlow 2-6, 7-5 and 7-10 in the third-set tie breaker.

However, Ndaayezwi’s teammates would pick up for him. Braxton Cross defeated Andrew Stone 6-0, 6-1, and Xavier White defeated Alex Lee 6-1, 6-3.

In doubles action, Keldrick Flemming and Chris Wooden defeated Lee County’s Asher Anderson and Riley Hinds 6-4, 6-0. The doubles match between the Panthers’ Keaston Sheppard and Zach Johnson lost a hard-fought match to Justin Creamar and Bennett McCarthy. Sheppard and Johnson fell in the first set 6-7 as a result of losing the tie breaker 5-7. They won the second set 6-1, but lost in a tie-breaking third set 10-6. However, two singles victories and one doubles win was enough for the Panthers to defeat the Trojans. 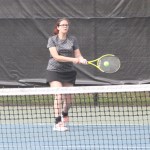 After the ASH boys’ and girls’ teams watched Lee County play Miller County, it was time to return to the court again, this time against the Pirates of Miller County. The ASH girls fell to the Lady Pirates 4-1. Hannah Martinez lost in straight sets to Victoria Fleet. Then Jovan Sykes fell to Kelly Smith 1-6, 4-6. Kimberly Worthy was able to win the loan singles match by beating Harlie Middleton 6-1, 6-4. In girls’ doubles action, Kirby Perry and Taylor Garcia lost to the Miller County duo of Camryn Vann and Ana Leigh Cook 4-6, 1-6. In the match against the Lady Pirates, Elena Pagan was paired up with Trinity Gilliam, but the ASH duo fell to Kale Pope and Haylee Brown 1-6, 0-6.