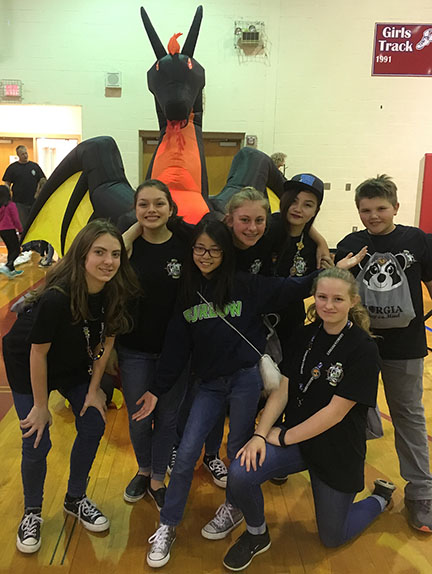 AMERICUS — After seven months of work, both the Furlow Charter Schools Odyssey of the Mind teams competed at the Regional Competition in Hawkinsville, and brought home first place in their divisions!
The OMers wrote an eight-minute skit and designed sets, props, and costumes that wowed the judges. Their artistic talents, engineering skills, and stellar stage presence earned all the top scores in the three required areas: Long-Term Solution, Style, and Spontaneous. Crazy characters, plot twists to classic literature, movable set pieces, wacky make-up, vibrant paint displays, and clever lines were added together to create outstanding performances from both teams.
For the next two weeks, each team will review their scores and target areas for improvement. State competition will be held on April 7 at Columbus State University, and the community is invited.
A special recognition, the highest award possible, was given to the Elementary Team for 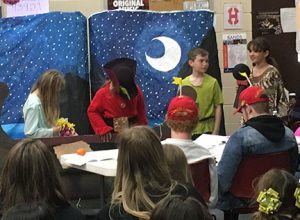 Not only did the Furlow Charter School Odyssey of the Mind elementary team take first place in their division, they were also the recipents of the Renatra Fusca Award for exceptional creativity. 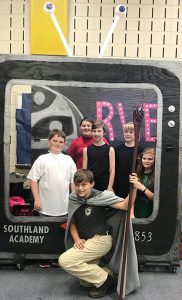 outhland Academy middle school students competed in the Odyssey of the Mind Regional Competition on March 24 in Hawkinsville. The team won first place with a ‘mocumentary’ on The Hobbit. The Southland team advances to the state competition held in Columbus on April 7. The team is coached by Abby Sheff and Dina McCorkle. Shown are team members, standing, Perry Bennett, Emily McCorkle, Lee Graft, Noah Sheff, Rebecca Jones; and kneeling, Will Godwin.