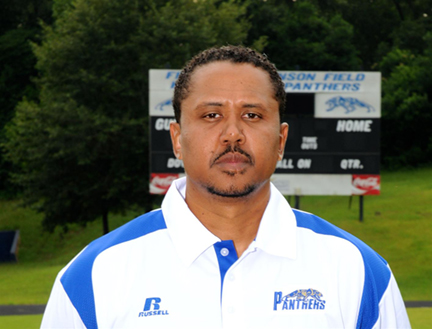 AMERICUS – Americus-Sumter Boys Basketball Coach Michael Hoffpauir has been named the Americus Times-Recorder boys basketball Coach of the year for his team’s performance during the 2017-18 season.

Hoffpauir was notified of the decision on Tuesday, April 3.

Hoffpauir guided the Panthers to a 25-4 overall record and a regular season region championship. They were region tournament runner ups and earned a berth into the Sweet 16 of the GHSA Class AAAA State Tournament. Their magical season came to an end when they fell to Baldwin in a heartbreaker by the score of 60-59.

“I am truly honored to be the Americus Times-Recorder Boys Basketball Coach of the Year,” Hoffpauir said. “I have a very good coaching staff and I have been blessed with some very hard-working and dedicated players with parents that understand that hard work pays off. We have built a very consistent program here and I am very proud of the success we have had.” 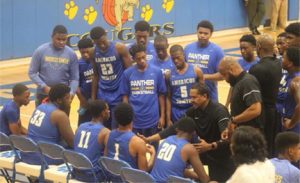 Hoffpauir began his high school coaching career back in 2007, when he was an assistant coach at Colquitt County from 2007-2011. He then became the boys head basketball coach at Randolph-Clay, and was there from 2012-2014. During his two years at Randolph-Clay, He amassed a 40-19 record and guided his teams to two state quarterfinal appearances. In the second year, the Red Devils were region tournament champions. Hoffpauir then came to Americus-Sumter in 2014. In his first year at the helm, he guided the Panthers to a 26-6 record and won the regular season region championship. The Panthers were the region tournament runner ups and advanced to the GHSA State Tournament Quarterfinals. In his second year at Americus-Sumter, the Panthers finished 15-9, but in his third year at ASH, Hoffpauir guided the Panthers to an overall record of 21-7.  During this season, the Panthers won the regular season region championship and they were region tournament runner ups. Hoffpauir’s all-time coaching record is currently 127-45.

Though he will lose eight seniors, Hoffpauir has several important underclassmen coming back, including All-Region performer Joshua Lusane, who will be a senior next year. Many more wins and much more success is expected for Hoffpauir and the Panthers.