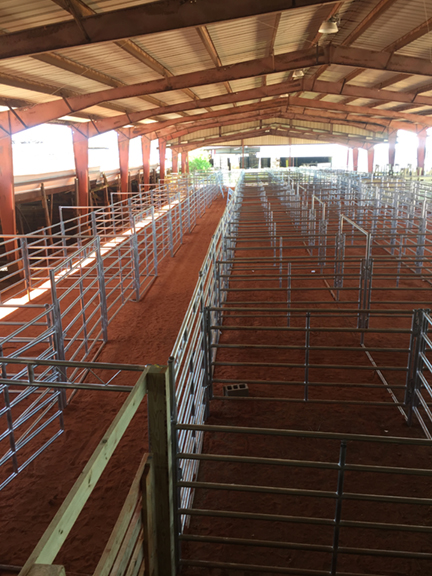 The newly-renovated pens in which the cattle are held at the Sumter County Stockyard.