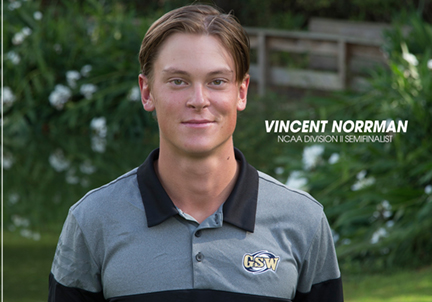 GSW golfer Vincent Norman has been named as a finalist for the NCAA Division II Jack Nicklaus National Player of the Year Award. Photo by GSW

Norman, a native of Stockholm, Sweden, is currently ranked as the 28th best player in the country and is ranked No. 10 in the Southeast Region. Norman finished tied for third place at the Peach Belt Conference Championship.