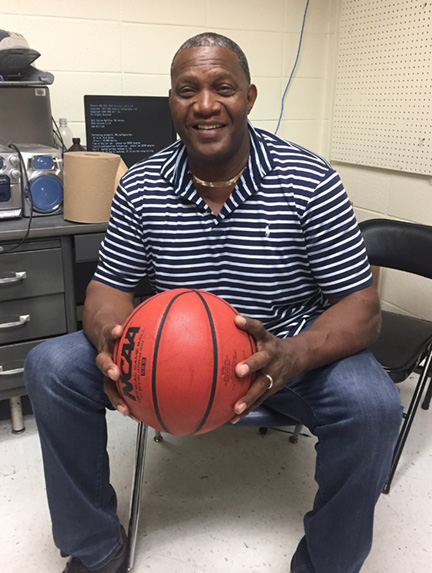 AMERICUS – Dwight Harris, who heads up the recreational basketball program for the Sumter County Parks and Recreation Department, has been helping boys in Americus, Sumter County and surrounding counties stay off the streets by providing a healthy alternative during the Summer months.

It’s the Dwight Harris Boys Club (DHBC) Basketball Summer League. According to Harris, it’s in its sixth season, and it begins on Monday, June 4. “It’s from ages 7-17,” Harris said. “It starts up June 4, the Monday coming up. The first game will be June 4, starting at 5 p.m. We play four games per night, Monday through Friday. The last game is at 8 p.m. Then on Saturday, we start at 10 a.m. We play six games. The last game starts at 3 p.m.” According to Harris, all league games, including the playoffs and the championship games, will be played at Ninth Grade Academy, formally known as Staley Middle School, located at 915 N. Lee St. in Americus. 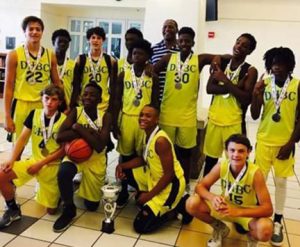 A DHBC 12-14-year-old All-Star basketball team that went to the Labor Day Shootout in Atlanta a year ago and won the tournament.
Photo by Ken Gustafson

Harris started the Dwight Harris Boys Club (DHBC) in 2009. It is not affiliated with the Boys and Girls Clubs of America. It’s a separate entity. “We want to let people know that the season is about to start and to come out and support the kids,” Harris said. “It’s the whole community involved. Like I said, it’s from ages 7-17. We’ve got kids from all of the public schools, some from the private schools, some from the charter school (Furlow Charter) and some from Southland. It’s a community involvement. This program is a prevention program. It’s designed to help keep kids off the streets and do something positive,” Harris continued.  Harris went on to say that this is for kids that want to play basketball and It’s for kids who got cut from their basketball team. “I don’t target just a specific group of kids,” Harris said. “It’s the whole entire community. If you sign up, you will be put on a basketball team and you will get an opportunity to play.” 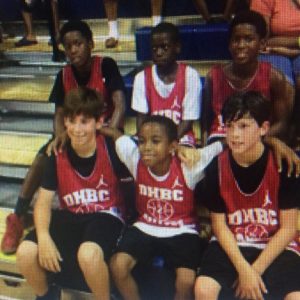 six members of one of the original teams in the inaugural Dwight Harris Boys Club Basketball Summer League back in 2012.
Photo by Ken Gustafson

The league has benefited a lot of kids. One such kid was Mike Russell Jr. Russell played in the league for the 15-17 age group since its inception in 2012. During that time, he also played at Americus-Sumter High School for Coach Ernest Scott, who is now at Schley County. Russell was so thankful and grateful for the lessons he learned while playing in the DHBC Basketball Summer League that he wanted to give back to the league. He decided to have a car wash to help raise money to sponsor three to five kids so that they could play in the league. “Me and my friend, Treven Floyd, we were trying to jump start a non-profit organization,” Russell said. “Two weeks ago on Saturday, May 19, I did a car wash to raise money to sponsor three to five kids to play in the DHBC Basketball Summer League,” Russell said. “We were able to raise money for those kids to play in the basketball league. That was my first fund raising event.”

The teams are named after NBA teams: The Cavaliers, Raptors, Jazz, Warriors, Rockets and Celtics. Harris went on to explain why the league is broken down into the age groups that it is. “We’ve got ages 7-8, 9-11, 12-14 and 15-17,” Harris said. “The reason why I did it like that is because when you’re at the bottom of the age group, chances are you’re going to get beat on and roughed up, but it’s going to make you tougher and it’s going to make you better,” Harris said. “Once you get into the middle of the age group, when you’re with the nine and 10-year-olds, then you should be able to hold your own. When you were at the bottom, you got a little better. Now you’re 10, you know what’s going on and you can feel your way through.” Harris went on to say that when a player is at the top of the age group, they should be able to dominate that age group because they started out at the bottom and it made them stronger and better. “By the time you get over to the high school league, you should be able to play basketball. You will have learned life skills, team work, things of that sort. That’s the purpose of that age group like that.” 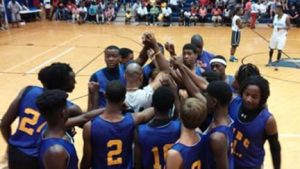 The Lakers: One of the teams that participated in the Dwight Harris Boys Club Basketball Summer League.
Photo by Ken Gustafson

Harris went on to say that he has been able to get some kids from Albany, Schley County and Macon County. “It’s been growing,” Harris said. “People have been hearing about the league and they’ve been coming. You go to some basketball camps, for two to three days, the cost is $300 per child. We just charge $120.” 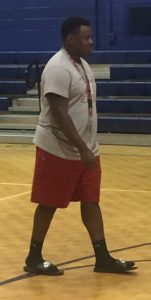 Brandon Price is the coach of the 9-10-year-0ld Cavaliers team which will be playing in this year’s Dwight Harris Boys Club Basketball Summer League.
Photo by Ken Gustafson

Harris went on to say the $120 helps offset the cost of renting the gym and the uniforms, plus the referees and people at the door taking entrance fees, as well as people working concessions and the rest of the workers who need to be paid. 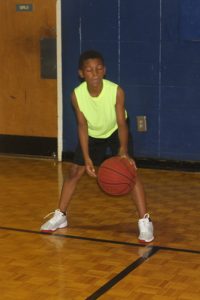 10-year-old Laquavion Davis is a member of the 9-10-year-old Cavaliers team. He is practicing dribbling skills under the watchful eye of coach Brandon Price.
Photo by Ken Gustafson

Harris also said that he has proof that his league has helped crime go down in the area. “We have documentation from the local authorities that during the Summer, during my basketball season, crime goes down with the kids,” Harris said. “They’re either playing basketball or they’re watching basketball being played. The adults come out to watch these kids and fellowship. We have all different people who are involved. It’s a community effort to help keep these kids off the streets. It’s a community effort for all the kids, not just certain ones.”

The regular season will go through June and July. The playoffs for all the age groups will begin Thursday through Saturday, July 19-21, with the championship games of each age group to be played on Saturday, July 21, at Ninth Grade Academy.