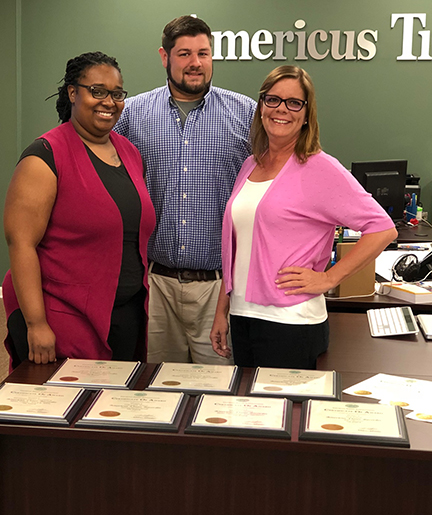 From left are Channin Thorn and Shawn Cavender, marketing representatives for the Times-Recorder, and Nichole Buchanan, business development manager, with the advertising awards from the Georgia Press Association.