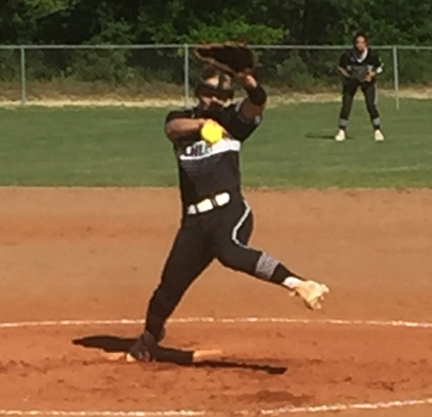 BUTLER – Leading 1-0 going into the second inning, the Schley County Lady Wildcats exploded for seven runs in the top of the second inning on their way to a 15-4 win over region opponent Taylor County.

This was a game in which Schley County Head Coach Jody Sellars used his reserve players and they performed extremely well. “Outside of one play, they did a good job stepping up into starting roles,” Sellars said. “I felt like we could give them some time…give them some at bats which they haven’t had for most of the year. I knew that I had starters sitting on the bench that were ready to play at any point in time. If it did get harry, we could make a change and keep the game in check. It went about like I had planned it to go.”

Schley County scored seven runs on three hits in the second inning. They took advantage of walks and errors committed by the Lady Vikings. Kelli Rees led off the inning by reaching on an error, then stole both second and third base. After Darden Campbell flew out, both Hannah Crawford and Tamia Kelley singled. Jade Sellars then doubled in two runs. Perri DeVane then flew out for the second out. Then Landry Whaley and Maddie Walker both drew walks. Walker drove in an RBI when she drew a walk. Maddie Tobin then drove in two RBIs. This was part of the seven-run barrage in the top of the second inning.

Schley County second baseman Kelli Rees singled and drove in an RBI in the top of the fifth inning against Taylor County.
Photo by Ken Gustafson

However, the Lady Wildcats were not done. They scored five more runs in the top of the fifth inning on six hits, including a three-run home run by DeVane. The Lady Vikings went in order in the bottom of the fifth, thus ending the game with Schley County winning 15-4.

The Lady Wildcats will try to continue their winning ways when they travel to Colquitt, GA for a double header at Miller County on Wednesday, September 5. First pitch of Game 1 is scheduled for 4:30 p.m.