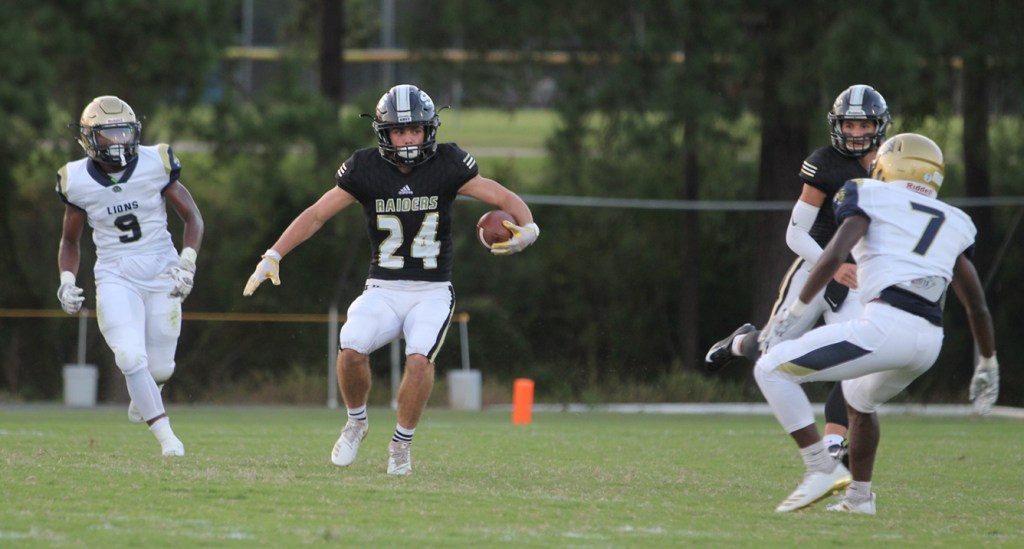 Southland running back Clay Owens scored three touchdowns to lead the Raiders to a 35-7 win over Loganville Christian. Photo by Sheri Bass

Loganville Christian got back in it when Dana Lucas Jr. scored on a 14-yard touchdown run. The PAT by Bryson Franklin was good, making the score 14-7 Southland.

That would be all the scoring LCA would get as the Raider defense shut them down. 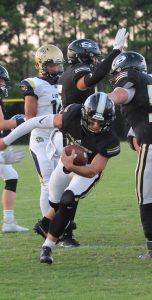 Southland put the icing on the cake when Andrew Bell scored on a 19-yard run. The Raiders won going away 35-7. 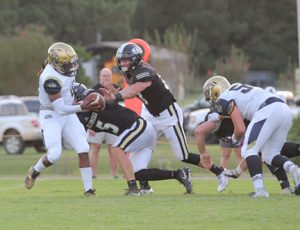 Southland defensive back Parker Weldon about to tackle an LCA running back.
Photo by Sheri Bass

Zane Hines would later kick a 39-yard field goal for Southland, and LCA’s Dean Mugomba scored a touchdown, making the final 38-14 in favor of the Raiders.