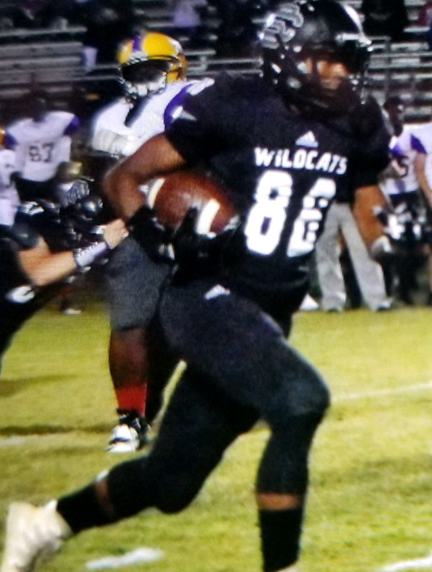 ELLAVILLE – The Wildcats of Schley County (7-1, 5-0) took control early and dominated the entire game against Crawford County (2-6, 0-5) on their way to a 63-6 thrashing of the Eagles.

The win improves Schley County’s record to 7-1 overall and 5-0 in Region 4-A-Public.

Jamyron Clayton got the scoring underway with an 85-yard kickoff return. William Blackwell’s PAT was good, and Schley County took a 7-0 lead. 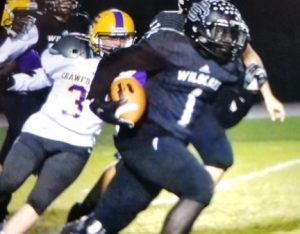 Schley County running back Jamyron Clayton ran a kickoff back 85 yards for a touchdown in Schley County’s 63-6 win over Crawford County.
Photo by Kricket Barineau

In the third quarter, Peavy threw an eight-yard touchdown pass to Rodney Hicks. Lucas Sellers came on to kick the PAT and it was good, giving the Wildcats a 56-0 lead. The Wildcats scored their final touchdown of the night when running back Colby Register scored from one-yard out. Sellars’ PAT was good, making the score 63-0. Crawford County was able to get a touchdown, but that would be it as far as offense was concerned.

Schley County has never won a region championship in football. They are two wins away from doing just that. Next Friday night, October 26, the Wildcats host St. Anne Pacelli in a region crossover game. Kickoff is scheduled for 7:30 p.m. The following Friday, November 2, the Wildcats will play in the Region 4-Class A-Public Championship Game on Friday, November 2, at Marion county.