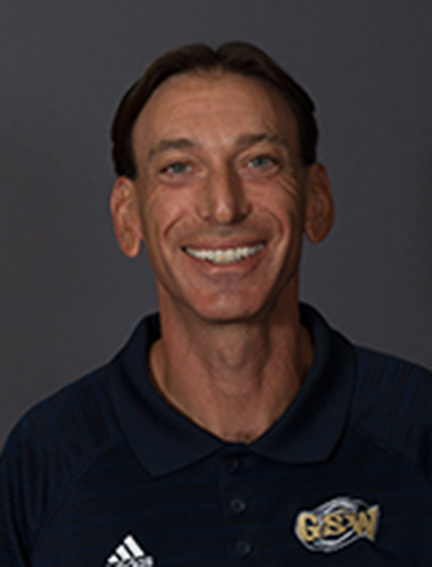 After 12 years at the helm of the GSW men’s soccer program, Coach Warren Russ has decided to resign. Photo by GSW

Russ has been at the helm of the men’s soccer program at Georgia Southwestern State in all but three years of the program’s existence.

“I would like to thank the GSW community for all their support these last 12 years,” Russ said. “They have not just been my colleagues, they have been my friends. Most importantly, I would like to thank the student-athletes that I have had the pleasure to work with over the years. They have given so much to our program and I couldn’t be prouder to have coached them or be prouder of the manner in which they have represented the University as student-athletes, and continue to do as alumni. I will always follow the future of Georgia Southwestern on the field and off, and I wish everyone nothing but the best.”

GSW soccer has been honored as one of the Peach Belt Conference’s most academically recognized programs. During Russ’s tenure at GSW, a Hurricane has been elected to a Peach Belt All-Academic team in every season. A total of 62 GSW players have received conference accolades, including All-Academic, All-Conference and weekly awards.

“I would like to thank Coach Russ for all of his hard work and dedication in moving our men’s soccer program forward,” GSW Director of Athletics Mike Leeder said. “I have enjoyed having the opportunity to work with him the past 12 years, and I certainly wish him the best in his future endeavors.”

A nation-wide search for the next head coach has begun and is on-going.