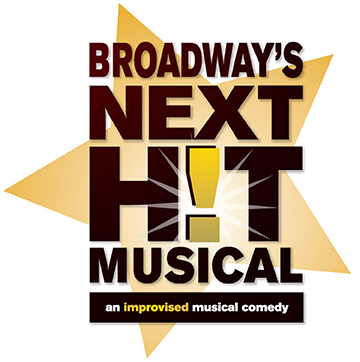 The Friends of the Rylander Theatre present Broadway’s Next H!T Musical

AMERICUS — On Friday, Nov. 30, at the historic Rylander Theatre in downtown Americus, laugh your way into the holiday season with Broadway’s Next H!T Musical, a fully improvised musical comedy featuring professional improv comedy veterans. Every song is fresh. Every scene is new. Every night it is a different show. Broadway’s Next H!T Musical begins as a totally unscripted awards show where all of the songs are made up right there on the spot. When the audience arrives at the theater they will see pieces of paper and a giant fishbowl in the lobby. They will be encouraged to think of a potential song title — and it cannot be a song that already exists — then write it down and put it in the bowl. If that piece of paper is chosen out of the fishbowl, the song will come to life for the very first time ever. Everything from the lyrics, to the music, to the choreography is spontaneous. The audience will then vote on their favorite song and watch as the performers create a full theatrical musical around the winning song, complete with memorable characters, witty dialogue, and plenty of plot twists.
“The show is essentially directed by the audience since they are the ones making all of the suggestions,” says Rylander Theatre Managing Director, Heather Stanley. “Part Tony Awards, part Whose Line Is It Anyway, and part Broadway musical, this is one of those shows you find yourself still laughing and talking about for days after.”
Hailed as “brilliant” by TheatreWeek and “hilarious” by The New York Times, this show is sure to become the next great American musical and it could be written by you!
Presented by the Friends of the Rylander Theatre as part of the 2018-2019 Presenter Series season. Tickets are Reserved Seating, $35/adults and can be purchased online at rylander.org or through the Rylander Box Office, open 11 a.m.-4 p.m. Tuesday-Friday at 229-931-0001.