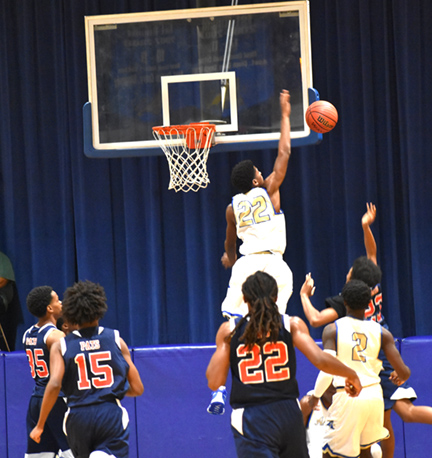 AMERICUS – After defeating Central (Macon) 48-47 to win the Lee County Round Ball Classic on Saturday, December 29, the Americus-Sumter Panthers (13-1, 6-1) picked up where they left off by jumping out to a 21-5 lead and never letting up on their way to a 73-46 Region 1-AAAA win over the Patriots of Northside (Columbus) on Tuesday, January 8, at Americus-Sumter High School (ASHS).

“It was good to see the guys demonstrate in a game situation the defense and rebounding we’ve been working on over the break,” ASHS head coach Michael Hoffpauir said. “We also did a good job finishing in transition.” 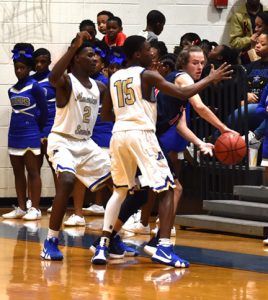 By halftime, the Panthers were in total control, leading 41-18. ASHS outscored the Patriots in every quarter except the fourth on their way to their seventh consecutive win.

The Panthers had three players in double-figures. Joshua Moore led ASHS with 12 points and both Trae Brown and Jakobe McCuller each poured in 10 points. Mike Flemming scored eight and Jaheim Banks chipped in seven points in the winning cause. 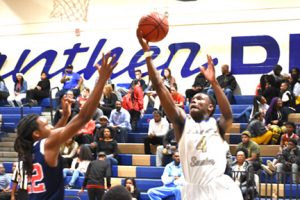 ASHS will try to continue their winning ways when they travel to Columbus, GA to take on the Tigers of Carver (Columbus) on Friday, January 11. The Panthers last faced the Tigers in the Lee County Round Ball Classic on Friday, December 28, and defeated them 80-54. However, it didn’t count towards a region victory. The Tigers are currently 11-3 overall and are undefeated in Region 1-AAAA play at 7-0. They are coming off a 67-55 win over Dougherty on Tuesday, January 8. Tip-off for Friday’s game is scheduled for 7:30 p.m.

From Staff Reports   AMERICUS – After a rough experience at the Nike Tournament of Champions in Phoenix, AZ Wednesday... read more