Parents arrested for not sending children to school 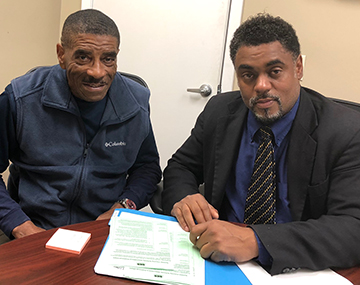 Choates hopes this is the last year they will have these problems in the school system because making examples of the guilty parents/guardians will serve as a warning to others. “This needs to be the last year we go through this,” he said. “Parents should know what our expectations are, what the attendance law is, and need to abide by it. It makes everybody’s job easier.”
Green has held this position since 2006, and said he has made more than 400 cases against parents/guardians who don’t make sure their children attend school. Many are repeat offenders, he said.
Choates said that Green has been more proactive dealing with truancy, in an effort to get ahead of the problem. He also said that many do not realize that attendance plays a huge role in the school system’s CCRPI scores. “If they’re not at school, they’re not meeting their standards. Maximum standards are 90 percent of the CCRPI score,” Choates said.
Green works closely with the Juvenile Court and its truancy officer, Stephen Woodson. After six unexcused absences, Green’s office reaches out to Woodson, who visits the student’s home in an attempt to meet with the parent/guardian.