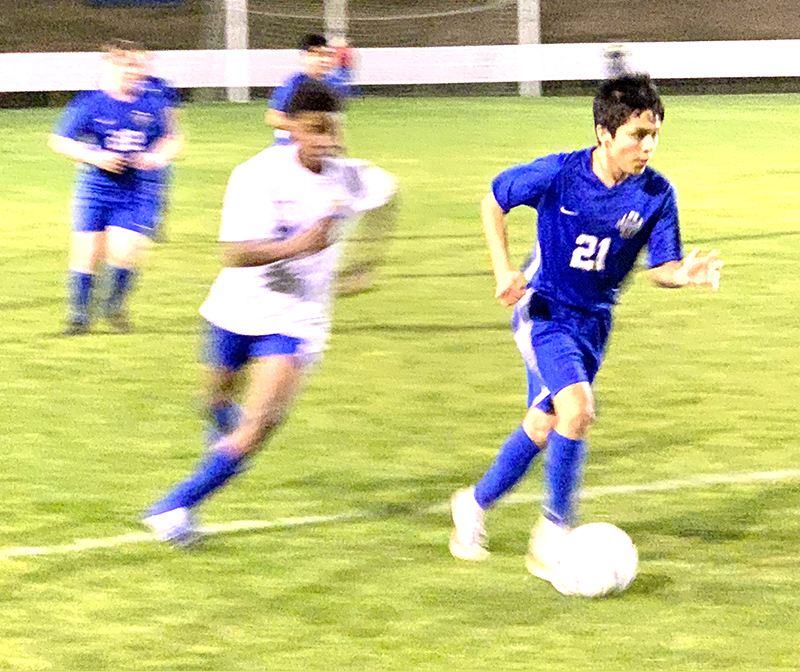 ASHS midfielder Roberto Duque advances the ball down the field for the Panthers. Photo by Ken Gustafson

AMERICUS – The Americus-Sumter jv boys soccer team showed what the future looks like for Panther varsity boys soccer on Monday, February 11, when they defeated Crisp County 6-1 at Alton Shell Stadium on the campus of Americus-Sumter High School (ASHS).

“The team never lost control of the situation. They just took it easy and started working again,” ASHS head coach Felix Jimenez said. “They scored when they had the chance, so that was a great job.” 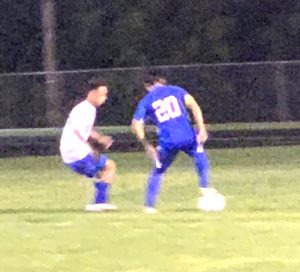 Both teams had chances to score early in the first half, but the Cougars got on the board first when Cameron Singleton scored to give Crisp County (CC) a 1-0 lead.

The Panthers got the equalizer when Abarca took a shot that went off the CC goalkeeper’s hands and into the net to tie the game at 1-1. From that point on, the night belonged to the Panthers. Abarca scored his second goal to give ASHS a 2-1 lead.

The Panthers added to their lead when Vasquez sent a long ball into the Cougars’ part of the field. Instead of catching the ball in the air, the CC goalkeeper decided to let it bounce. Fortunately for ASHS, the ball bounced over the goalkeeper’s head and into the net to give ASHS a 3-1 halftime lead.. 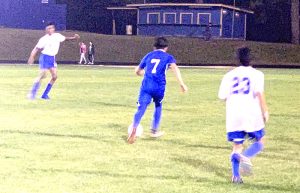 ASHS midfielder Victors Rodriguez with the ball. Rodriguez scored a goal in the Panthers’ 6-1 win.
Photo by Ken Gustafson

In the second half, the onslaught continued as the Panthers enjoyed most of the possession and were able to create numerous chances to score. Just seconds into the second half, Abarca scored his second goal of the match to give the Panthers a 4-1 lead. Then later in the second half, Victors Rodriguez sent in a long ball from just outside the 18-yard box. The ball sailed out of the reach of the Cougars’ goalkeeper and into the far corner of the net to give ASHS a 5-1 lead.

The Panthers capped off the scoring when Ary Flores scored late in the game to complete the 6-1 victory.

The ASHS varsity boys’ soccer team will take on Shaw at home on Wednesday, February 13. Kickoff is scheduled for 7:30 p.m.