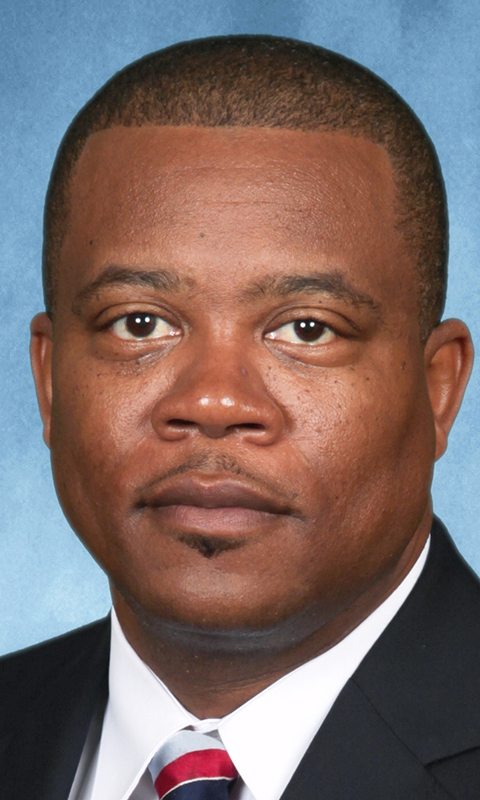 DECATUR — The Georgia Bureau of Investigation announces the promotion of Terry Howard as Special Agent in Charge (SAC) of the GBI Region 3 Field Office in Americus, Sumter County. Howard will be responsible for the supervision of the Special Agents assigned to the Region 3 Field Office. He will oversee operations of the office and supervise agents who respond to requests for assistance from local law enforcement officials to investigate major crimes such as: homicide, rape, child abuse, armed robbery, fraud, and other felonies.
Howard began his law enforcement career as a uniform officer with the Dougherty County Police Department in Albany. He also worked as a uniform officer with the Columbia Police Department in Columbia, Missouri. In February 2002, Howard was hired by the GBI as a narcotics agent and was assigned to State Drug Task Force in 2004, when he was promoted to Special Agent. In December 2004, was assigned to the Region 3 Field Office in 2005 where he remained moving up through the ranks, first as Assistant Special Agent in Charge, and now Special Agent in Charge.
Howard received his bachelor’s degree in criminal justice from Albany State University and a master’s degree in sociology/criminal justice from Lincoln University. He has been involved in several investigations that have received the GBI Director’s and Deputy Director’s Award for Investigative Excellence.
The Georgia Bureau of Investigation is comprised of three divisions: the Georgia Crime Information Center, the Crime Laboratory, and the Investigative Division. The agency has 850 employees and a budget of $101 million. Howard is assigned to the Investigative Division.

By Gabe Jordan COBB — A viral photo of a Lake Blackshear alligator that has been making the rounds on... read more