Ken’s Column: Why not us? Why not now? 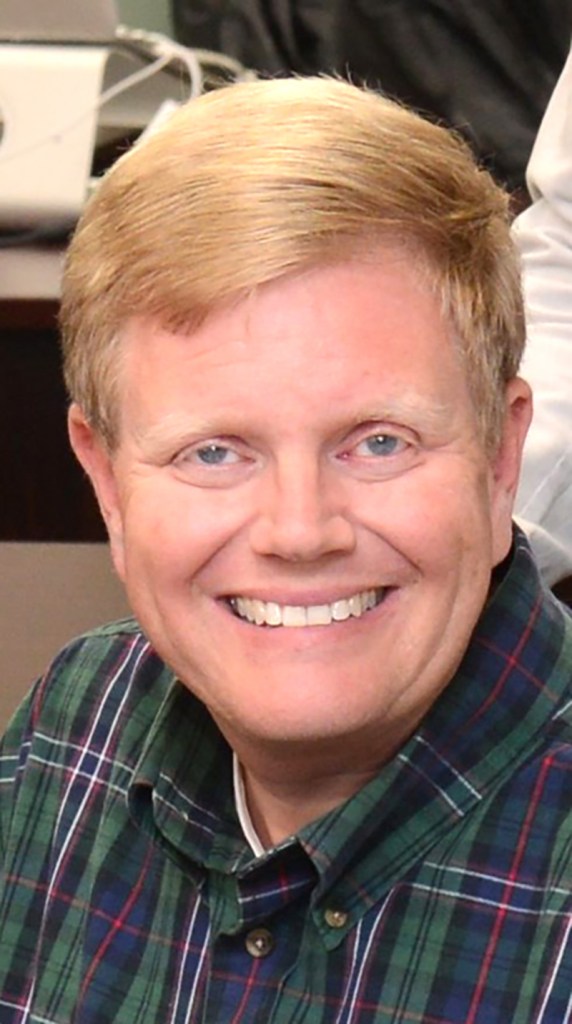 Ken Gustafson is sports editor for the Americus Times-Recorder. Photo by ATR

A few weeks ago, I wrote a column stating that the Americus-Sumter boys’ basketball team can win a state championship this year. Well, they are one win away from proving me and many of you in Americus and Sumter County correct.

Since their 55-54 loss to Carver (Columbus) in the Region 1-AAAA Tournament championship game, the Panthers have been firing on all cylinders. After dispatching Salem 72-50 in the first round of the state tournament, they toppled the two-time defending Class AAAA State Champions Upson-Lee 59-53. Not a whole lot of people around the state thought that would happen. They then headed up to Atlanta and defeated a St. Pius X team that not many people thought they could do. In that game, they shut down one of the best backcourts in the state in twin brothers Matt and Brian Gonzalo. I saw that St. Pius X team in person on three different occasions. I believed the Panthers would have a challenge on their hands. I thought the Panthers were capable of pulling off the upset. I must admit, however, that I was surprised at how dominating the Panthers were in that game. They won 63-46 and were in control from start to finish.

Then on Saturday in the final four, the Panthers did it again. They beat a Sandy Creek team that had lost only three games all year. They did it with defensive pressure and hot shooting by Trae Brown, Joshua Lusane and others. This team may very well be a team of destiny.

Throughout sports history, there have been teams who have found ways to win when it seemed like it wasn’t going to happen. Some of you might remember the 1983 North Carolina State team led by the late head coach Jim Valvano and star player Dereck Whittenburg. Back then, only 52 teams could make it to the NCAA Tournament. Today, 68 can get in. N.C. State had to win the ACC Tournament just to get into the 1983 NCAA Tournament. Once they got in, it was a combination of the Wolf Pack making plays and their opponents missing free throws down the stretch. They had a little luck go their way. They made it to the Final Four in Albuquerque, N.M. They beat Georgia in the semifinal game and would face Houston, one of the most powerful teams in college basketball history, in the finals.

Nobody gave N.C. State a chance. I didn’t either. I remember listening and watching that game. The ending was incredible. Whittenburg threw up a prayer, which was answered by the winning two-handed slam by Lorenzo Charles. Many of you remember that game. Those of you too young to remember should look it up on YouTube.

Now, they have a chance to do what no other Americus or Sumter County public school boys basketball team has done in 52 years: win a state championship. They’ll have to do it against a team that has been a thorn in their flesh all season: the 24-5 Carver (Columbus) Tigers. The two teams have met four times already this season, but the Tigers have won three of those meetings. However, the Panthers are tired of losing to this team. They will be incredibly motivated to take down the Tigers when it counts the most when they hit the floor at the Macon Centerplex at 1 p.m. on Friday, March 8.

This is such a big moment for this team, this school, this city, and this county. All Sumter County schools will be closed Friday so that people can make the trip to Macon for the game. Sumter County Schools Superintendent Torrance Choates has said, “We plan to blue out the stadium!”

If the Panthers can knock down shots like they have been, play tenacious defense like they have been, and perhaps most importantly, make free throws down the stretch, they will beat the Tigers and win the state championship. In their last meeting with Carver (Columbus), ASHS lost 55-54 in the region tournament championship. They lost by one point. In that game, the Panthers made 6 of 7 free-throw attempts. That’s 86 percent, which is very good, but still one point short.

Every game is different, but one truth remains: To win a championship, you have to do the little things, such as making free throws, especially as the game is winding down.

Now is the time for the Panthers to grab hold of their destiny. Why not now? They have the talent and experience. They’ve been battle tested.

There is no better way for the Panther seniors such as Joshua Lusane, David Sumlin, Sam Crumbley, Joshua Moore, and others to go out than with a state championship.

The Americus-Sumter Panthers, I’m sure, are asking themselves those rhetorical questions: ‘Why not us? Why not now?’ Go Panthers. Bring the trophy home.

Ken Gustafson is sports editor, Americus Times-Recorder. To contact him, call 229-924-2751 or ken.gustafson@americustimesrecorder.com.