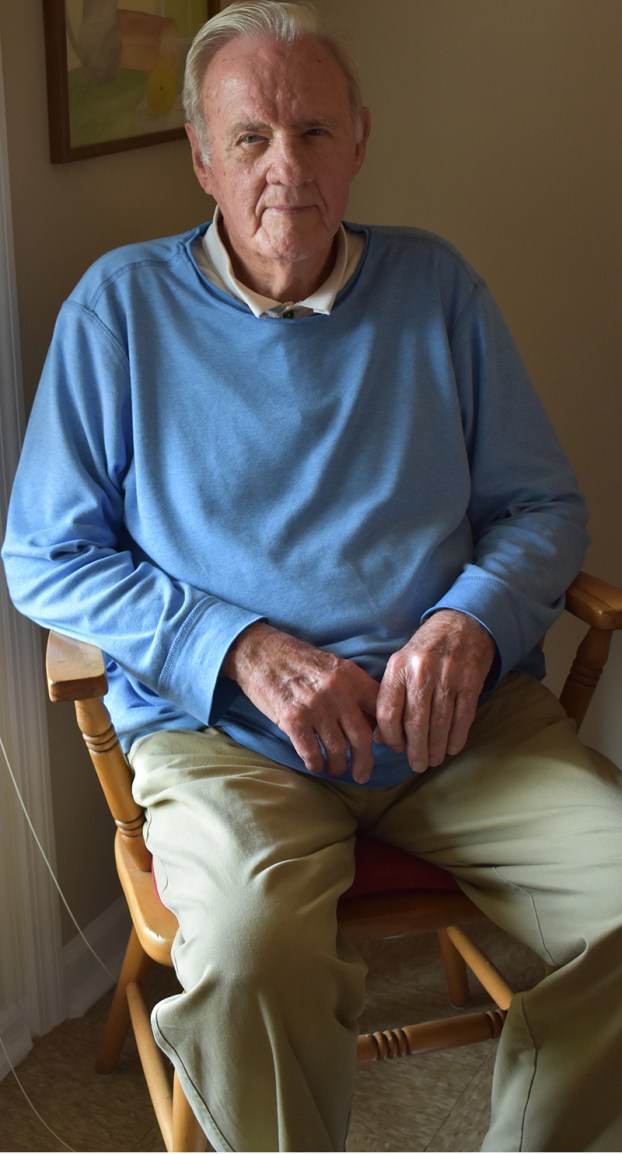 PLAINS — “I joined the army when I was 17,” began Sgt. (retired) Joseph Reid. He signed up to join the forces in Albany, but wasn’t allowed to begin training until he reached the age of 18. He was sent to Fort McPherson in Atlanta. Following training there, Reid was sent to Camp Lee in Virginia for Quartermaster Corps. He received basic training at the base there in Virginia along with other surrounding bases for one year, until a position became available to him.
Once he received word of a position, Reid boarded a train that sent him to Los Angeles. He arrived there in December 1944. By Jan. 1, 1945, Reid was leaving Camp Stoneman in San Francisco by ship. He recalls, “We got that ship, and we went under the Golden Gate Bridge. Traveling through the South Pacific, we first went to New Guinea. We stayed there for about four months, before going to Manila. We stayed there for a couple of months, and then on July 15, 1945, we boarded a ship that took us to where we were going to invade — Japan.” The men waited on that ship until the United States dropped the bombs on Japan.
Reid and his fellow soldiers spoke to their colonel in charge. The colonel explained that he couldn’t let the men off the ship at Japan yet, but if they wanted to, “they could fight their way in.” Reid shared, “When we got off the ship in Sasabo with rifles thrown over our shoulders, we were able to just walk through the middle of town. We stayed there for six months and no one messed with us.” In fact, “it was just like living in the states,” Reid explained. Many of the Japanese people spoke English. They even gave the soldiers haircuts! He explained, “When the emperor said that it was over, it was over.”
Two weeks after arriving in Sasabo, Reid and three other soldiers left with a load of blankets that they were instructed to deliver to a hospital outside of Nagasaki. The men passed red signs warning “do not enter” while on their mission. “We rode through the bombed area of Nagasaki. It was mostly dust and half bricks, but there were two buildings up against the mountain that were left,” remembered Reid. “I got out in the middle of the area and the truck went on to deliver to blankets while I stayed and looked around. They came back about 30 minutes later and picked me up.”
After completing their duties, Reid and the other men boarded a ship out of Tokyo that took them to New York City. From New York, the men were delivered to New Jersey. In New Jersey, Reid caught a train that brought him back to Atlanta. Reid’s siblings met him at Fort McPherson and brought him home from there.
Once he was settled back at home, Reid began school at Georgia Southwestern College. He later transferred to the University of Georgia as a business student. He attended college and obtained a degree so that he could marry his high school sweetheart, Alice Bagley Reid.
He and Alice married one month after his graduation. They went on to have two children, Joseph Toby Reid Jr., and Marianne Reid. Sadly, Alice passed away in 1993, followed by Toby this past year, who died at age 61.
Now days, Reid resides at Sumter Retirement Village in Plains. He enjoys reminiscing on his past adventures and researching his family’s genealogy in his free time.