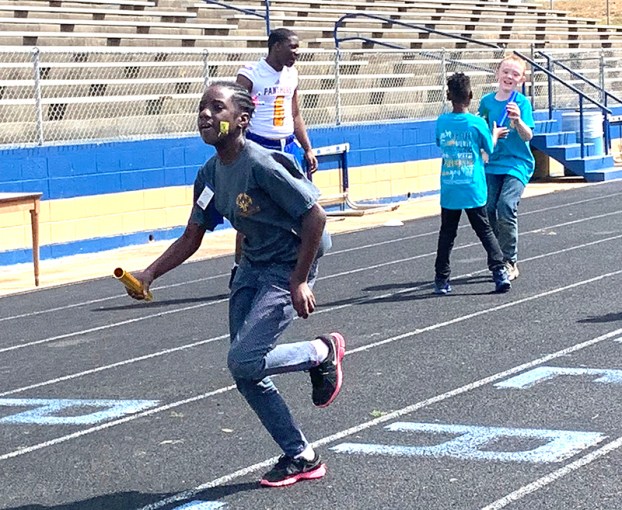 Athletes from Sumter County and Dooly County participating in one of the many relay races at the Area 11 Spring Special Olympics. Photo by Ken Gustafson

Athletes excel and have fun at annual Spring Special Olympics

Hundreds of young athletes from Sumter County, Dooly County, Worth County and Lee County competed in various races and events such as the 10-meter, 20 meter, 50-meter and 100-meter walk races, as well as wheelchair races and relay races. They also competed in the softball toss competition and the long jump competition.

For those kids not competing in the games, they were able to do fun things such as play soccer and Frisbee. Volunteers even took timeout to play some corn hole with the kids. Kids also had the opportunity to get their faces painted. Overall, it was a wonderful time had by everyone involved. 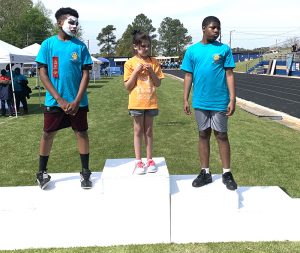 Athletes competing in the Area 11 Spring Special Olympics are awarded for their efforts in the softball toss competition.
Photo by Ken Gustafson

There were many volunteers helping and guiding the athletes through the various competitions. Students from Georgia Southwestern State University and Americus-Sumter High School took time out of their busy schedules to volunteer and assist the young athletes as they competed. For the volunteers, it was an enjoyment for them to see the kids being happy and having fun. Kayla Boss, an Elementary Education Major at GSW, told the Americus Times-Recorder that this is a day that is totally centered on the athletes and their enjoyment. “It’s a day that is all about them,” Boss said. “I think that they deserve to have a whole, entire day dedicated to them. You can see that it makes them so happy. Even if they’re not competing, having someone to play with them all the time makes them extremely happy.” Boss echoed the sentiment of all of the volunteers. They loved the idea of a day set aside for these athletes. It was also a time for the volunteers to realize and appreciate how blessed they really are. It was a humbling experience for many of them, even for those who have volunteered more than once. Caleb Zolman is a member of the GSW men’s soccer team. This is his third year volunteering for Special Olympics. “It’s definitely a humbling experience,” Zolman said. “Every year, it has gotten bigger as far as kids participating. It really humbles you and you come out feeling like a good person. It warms your heart. This is something you don’t get to experience all the time. It’s a very, very humbling experience.” 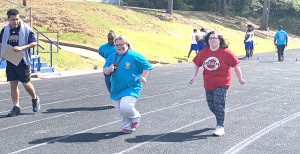 A Sumter County athlete and a Lee County athlete competing in the 20-Meter Walk competition in the Area 11 Spring Special Olympics.
Photo by Ken Gustafson

Ross Couch, the new head football coach at Americus-Sumter, is very passionate about Special Olympics and was heavily involved in it when he was coaching at Bradwell Institute. He intends to make sure that the ASHS football players get involved in serving at events such as Special Olympics. “We made it a priority to get our players involved in Special Olympics and different community events to really allow then to give back to the community and allow them to make an impact outside of the school culture,” Couch said. “Myself and Coach (Carl) Willis got together this week. I told him that this is important to me and that I’m very passionate about Special Olympics and the culture that they create for the kids in giving them opportunities to do things they otherwise could not do. It’s important for our kids to be involved in that. Anytime they can make relationships with people different than who they normally see, it’s a positive thing for our school, our program and our community.” There were several ASHS football players volunteering in this year’s Spring Special Olympics. 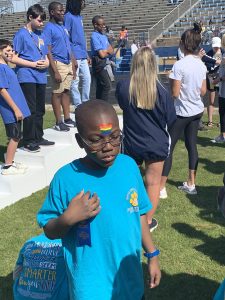 Gavin Bernstein, the Area 11 Special Olympics director, said that the event is growing every year with more athletes from both Sumter County and the surrounding counties participating. “We have more county participation. We have a variety of counties participating this year compared to last year,” Bernstein said. “We only had two counties last year. This year, we have four districts. There are more athletes doing more track and field events this year. Instead of just doing the 100 meters, they’re doing relay races. We’re having more relay teams. We are having more wheelchair events, motorized and non-motorized slalom events, longer races. I think we are having a little more variety of athletes participating in different events.” 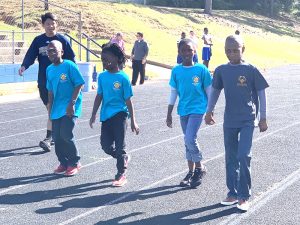 Bri Pafford, a Special Education Major at GSW, volunteers every year for Special Olympics. “It’s always good to see the kids come out here and just really have a day to just enjoy themselves because it’s a day all about them and only about them,” Pafford said. “That’s my favorite thing about this event.” 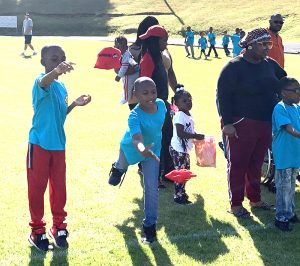 ELLAVILLE – With the score tied at 3-3 in the bottom of the eighth inning, Schley County relief pitcher Lorne... read more