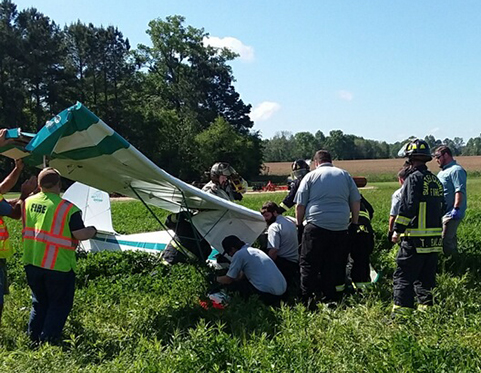 First responders work to extricate the pilot of this plane that crashed Wednesday morning in a field on Neil Hodges Road.

AMERICUS — The Federal Aviation Administration is investigating, along with the Sumter County Sheriff’s Office, a plane crash that occurred around 10:45 a.m. Thursday in a rural eastern area of the county, on Neil Hodges Road, very near Hodges Hobbies.
Sumter County Sheriff’s Chief Deputy, Col. Eric Bryant, said upon arrival, first responders found a single-engine, one-seater, “handcrafted,” plane that had crashed, and the pilot was trapped inside. Bryant said the pilot had scratches on his face but was conscious. He was airlifted to the Macon Trauma Center. He is identified as Norman Phillip Curtiss, 70, of Americus. 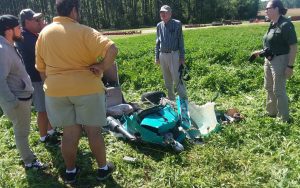 This is the cockpit of the plane that went down Wednesday in Sumter County. First responders have to remove the other parts of the plane in order to free the pilot from the wreckage.

Sumter County Fire & Rescue Chief John Ekaitis, whose department also responded, said the plane went down in a field. He said the pilot was conscious and alert but trapped. Firefighters freed the pilot from the wreckage in about 10 minutes with 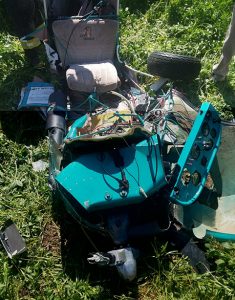 A closeup of the cockpit after the pilot had been extricated.

extrication equipment, Ekaitis said. He said the extent of the pilot’s injuries is not known but he was airlifted.
Bryant said the FAA would be on site later Thursday.