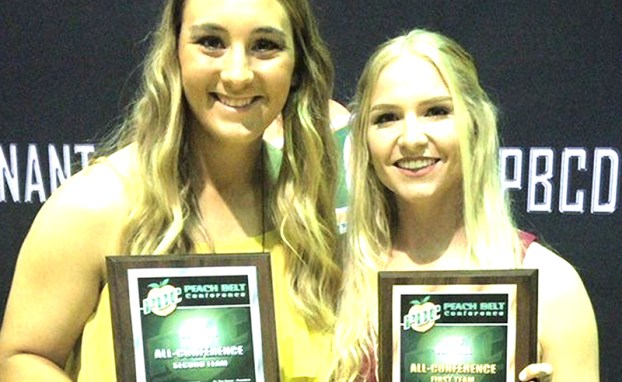 A native of Somerset, TX, Kerr started all 52 games and leads the Hurricanes in multiple categories, including batting average (.360), doubles (11) and RBIs (39).

On the defensive side, the left fielder has a .952 fielding percentage with 62 total catches and 55 putouts, along with four assists. Kerr has been a part of one double play this season.

Tierce is a four-time All-Conference player and ended the regular season as the Hurricanes’ home run leader with 12. She also produced a .462 on base percentage. Tierce is third on the team with a .304 batting average and has 31 RBIs. Tierce has nine doubles and a triple in 138 at bats. She has accumulated 42 hits and scored 36 runs while also starting in all 52 games this season.

As a shortstop, Tierce tallied a team-high 118 assists while leading with 11 double plays. She has 205 total catches for 74 putouts and currently holds a .397 fielding percentage.

Tierce was named Second Team All-Conference in 2016 and 2017, but earned first team honors during her junior season as a utility player. She was also named the PBC Freshman of the Year in 2016. Tierce is currently ranked fourth in NCAA Division II with 54 career home runs and leads GSW in that category.

The 2019 Softball All-Conference Team was selected by the league’s head coaches. Coaches were not permitted to vote for their own players.

From Staff Reports   AMERICUS – It was a time to give honor to whom honor is due. Several Georgia... read more