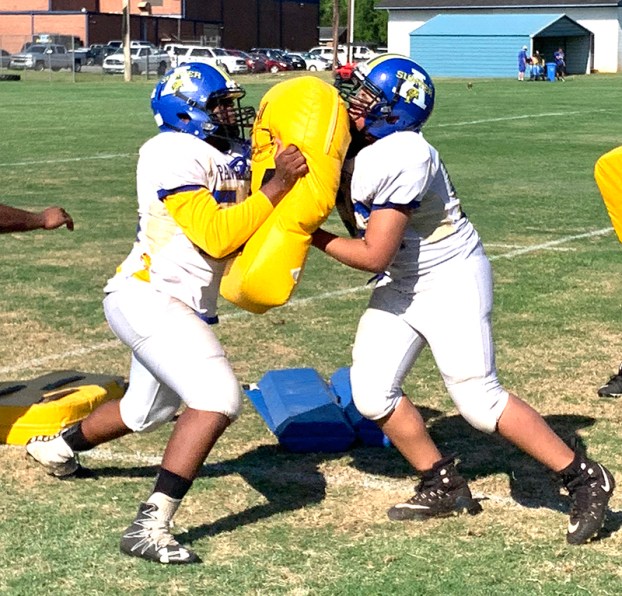 AMERICUS – The 2019 Americus-Sumter football team has been holding spring football practice since Friday, May 3. On Tuesday, May 7, First-year head coach Ross Couch and his staff had the players practicing the fundamentals of the game, such as blocking, tackling and catching the football in the hot Southwest Georgia sun.

“This is Day 3 for us. We started working on Friday and Saturday. We had to adjust some things and get some coaches in,” Couch said. “The intensity has been good. We are going to adjust our tempo a little bit and try to speed it up. That’s all about the kids understanding our expectations. We are going to make those expectations very clear. We are going to hold them to a standard and make them do what they are supposed to do. They are flying around. They want to learn. So far, things have gone pretty well.” 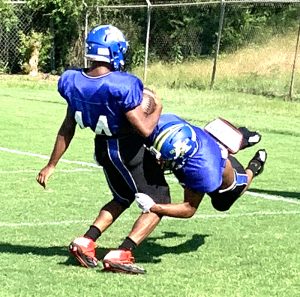 An ASHS defensive back tackles a player with the football during a tackling drill in spring practice.
Photo by Ken Gustafson

For some of the Panthers, this will be their third head coach in three years. Couch realizes that, but is ready for the challenge. “This is my first time coming in with some inconsistency in the coaching staff,” Couch said. “You expect numbers to be down a little bit when you start just because they don’t know what to expect. They’ve had guys who have been here and left. They’ve had staff changes, different coordinators and different systems. They have to see what you are working with and see if you are going to pay attention to them. That’s a big thing. We have to show these guys that we are going to coach them not just in football, but also in everything. We need to get them to buy in to what we are doing and get them to trust us. That’s a process. I think that so far, the kids have done very well with it. You do get some questionable looks. That’s par for the course when you’re a new guy coming in. Our job is to create a feeling of family, a feeling of trust and to show them that’s what we’re here for.” 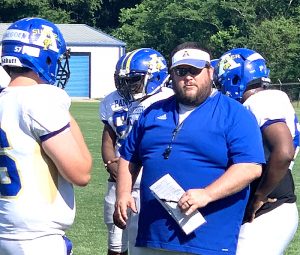 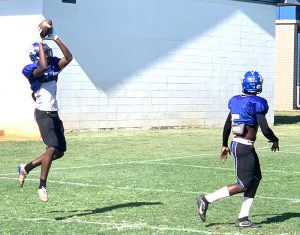 Two defensive backs practice the tip drill, which is tipping a thrown ball up in the air and intercepting it.
Photo by Ken Gustafson

Offensive Coordinator Chase Giddens did a lot of work with the offensive line in teaching them the blocking schemes, techniques and assignments. One thing Giddens strongly emphasized to his players was the absolute necessity of playing till the whistle blows and not stopping until then. He had to remind them on numerous occasions the importance of adhering to this principle.

The Panthers will continue spring practice for another week. It will conclude with a scrimmage game on Friday, May 17, against Southwest Macon High School at Ed Defore Stadium in Macon.

Lane strikes out seven to lead the 12u Braves past Yankees