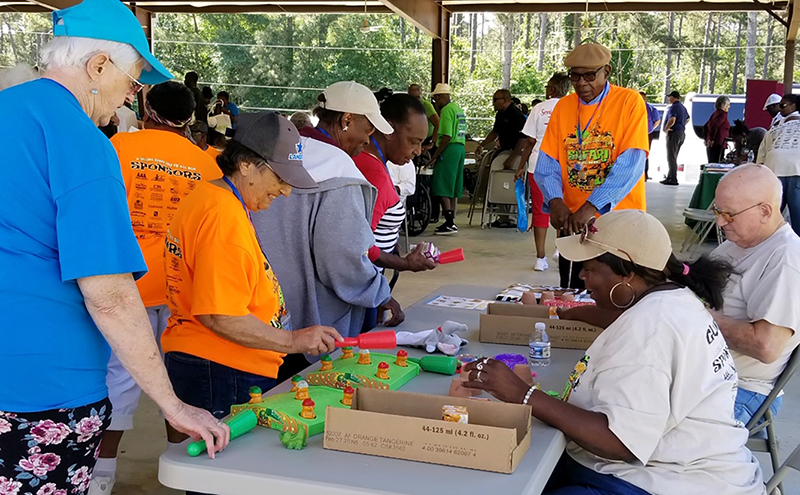 Seniors attending the Middle Flint Council on Aging’s annual picnic Tuesday enjoyed access to information on all types of senior services, as well as freebies, 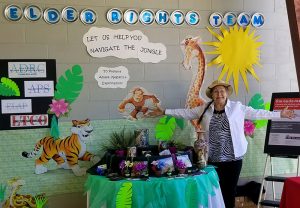 Seniors started arriving by bus, caravan and private vehicle early in anticipation of the popular event, which actually for underway at 10 a.m. and lasted until 2 p.m. Norman Graves, executive director of Middle Flint COA, said approximately 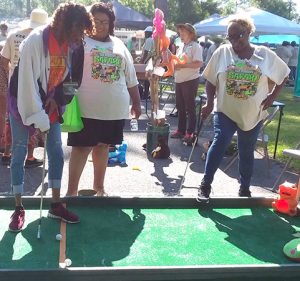 1,600 seniors came from all over the state — from Eatonton and the Atlanta area, and all the way down south to Folkston.

The event includes games, drawings for door prizes, and informational booths on senior services with freebies, food and entertainment for all senior citizens.

Bill Holland donated soft-serve ice cream, and the COA made funnel cakes, popped popcorn, and served up cold soft drinks and bottled water. Delicious hamburgers and hotdogs, grilled by members of Americus Fire & Emergency Services, were served for lunch underneath the tents.

Approximately 1,600 seniors from all over the state attended the Middle Flint Council on Aging’s
annual picnic Tuesday in Americus.

There was also entertainment throughout the day provided by local deejay Thurston Clary. Singing and dancing and a skit were all enjoyed by guests and staff.

Wayne’s Electric came out again and volunteered in various ways, as well as helping with the grilling. Tents were donated by three local funeral homes, according to Graves.

Graves said the event was a huge success and thanked all who volunteered. He added that the weather couldn’t have been more beautiful with a high of 80 degrees and a light breeze.