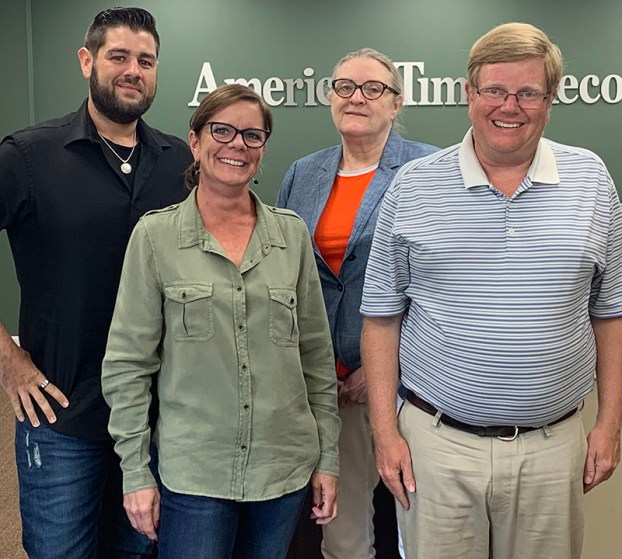 JEKYLL ISLAND — The Georgia Press Association honored the winners of the 2019 Freedom of Information Award and the 2019 Better Newspaper Contest on Friday at the Jekyll Island Club Hotel during the group’s 133rd annual convention. The Americus Times-Recorder, competing in Division E (weeklies with circulation of 3,000 to 5,999) brought home awards for editorial and advertising.

On the advertising side, the Times-Recorder took a first-place award in the Motor Vehicle category for a Superior Auto Group. “Great use of art work and color,” judges commented. Under the Food category, the Times-Recorder was awarded second place for a JJ Wings and Little Brother’s Bistro ad. In the service institutional category, the Citizens Bank ad took third place.

In the Newspaper Promotion category, the Times-Recorder placed first for a Now Serving Great Ideas ad. Of this ad, judges said it grabs the readers’ attention and invites to read the story. Nichole Buchanan is business development manager for the Times-Recorder.

Beth Alston, publisher and editor of the Times-Recorder, commented, “It’s always a good feeling to be recognized by our peers for the work that we do. First and foremost, our responsibility is to our customers: our readers and advertisers, whom we greatly appreciate. When our work, both in editorial and advertising, suits our customers and helps them in their businesses and daily lives, we feel we are successful. Awards from the Georgia Press Association are icing on the cake.”

The Valdosta Daily Times won the prestigious Freedom of Information Award for doing the most during 2018 to uphold the principles of the First Amendment and to protect the public’s right to know. The Daily Times was honored for its continuing efforts throughout the year to educate the public and public officials about Georgia’s sunshine laws.

Over the course of 2018, the newspaper defended the public’s right to speak at local school board meetings, published a special section featuring explanatory journalism about open-government laws, made more than 200 public records requests in the course of reporting on subjects such as prison deaths, school safety, immigration, millage rates, banking regulations and college sexual assault, and uncovered violations of the Open Meetings Act by local and state government bodies.

This is the third time in four years that The Valdosta Daily Times has won the Freedom of Information Award from Georgia Press Association. Judging for the award is provided by the University of Georgia’s Grady College of Journalism and Mass Communication.

There were 622 awards presented in 46 categories to 71 newspapers. Judging was done by members of the South Carolina Press Association in February and early March. A total of 80 newspapers entered at least one category in this year’s contest.

The top-three winning entries in each division of every category are available online at: https://newspapercontest.com/Georgia/winners/entries_list.php