Lady Jets ranked 5th nationally in academics by the WBCA 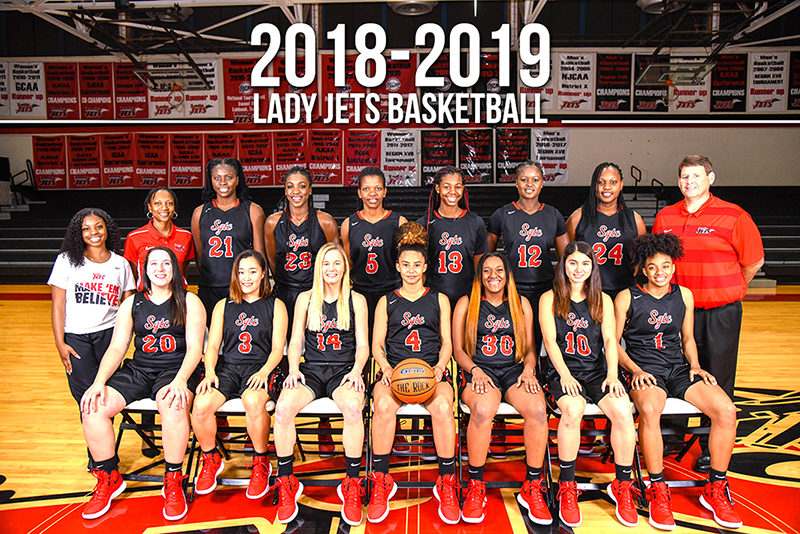 Earlier this year, the National Junior College Athletic Association (NJCAA) released its list of the 2018-2019 academic teams of the year. The Lady Jets were ranked 7th in the nation in the NJCAA Division I standings for their academic performance with an overall GPA of 3.61 on a 4.0 scale.

“Obviously, we are pleased to be recognized by both of these organizations for our outstanding performance in the classroom,” SGTC Athletic Director and Women’s head basketball coach James Frey said. “We talk about the importance of their degrees daily. We talk about their lives, five, 10, 15 years down the road and how important it is to do well academically now so they can reap the rewards professionally then.”

Snow Junior College in Ephraim, UT was ranked as the top two-year women’s college basketball program for academic performance by the WBCA. SJC finished at the top the standings with an overall team GPA of 3.712. Northwest Mississippi Junior College was second, followed by Miles College in Fairfield, AL. Frank Phillips College (TX) was fourth and SGTC finished 5th.

The WBCA Academic Top 25 recognizes schools from NCAA Divisions I, II and III, along with schools from the NAIA and the NJCAA. The 2018-2019 season is the 24th season in which the WBCA has compiled the honor rolls.

On the court, the Lady Jets finished the 2018-2019 campaign with a record of 30-4 and made their third consecutive appearance in the NJCAA National Tournament. The Lady Jets have earned a total of six national tournament appearances in school history. Five of those appearances have come under Coach Frey’s watch.