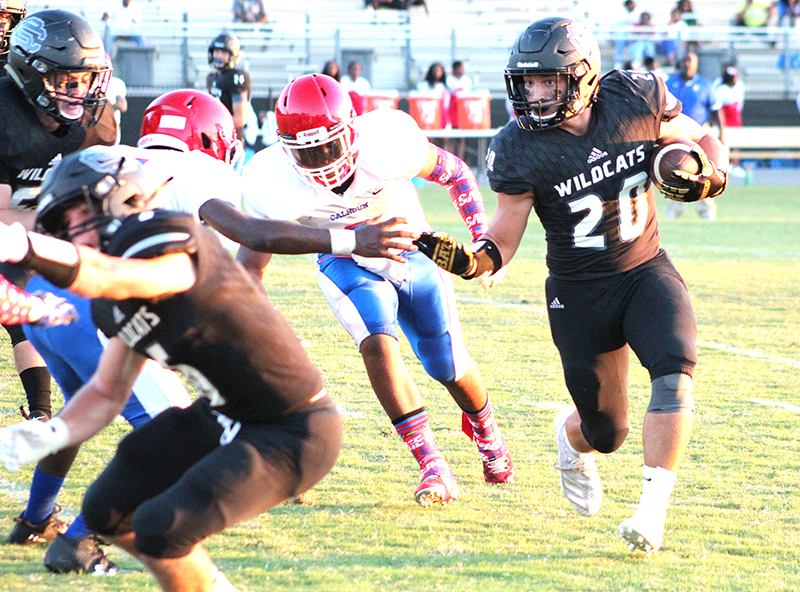 Schley County running back rushed for 101 yards on six carries and scored one rushing touchdown in the Wildcats’ 48-6 victory over Calhoun County. Photo by Sheila DeVane

ELLAVILLE –The Schley County football team was on fire Friday night, August 30, at Schley County High School (SC). The Wildcats scored three rushing touchdowns and two touchdowns from the arm of quarterback Garrett Peavy in the first half to propel themselves to a 48-6 lopsided victory over Calhoun County (CC). 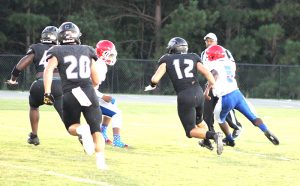 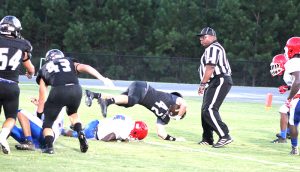 Schley County running back Tyler Vickery dives across the goal line for an 11-yard rushing touchdown against Calhoun County.
Photo by Sheila DeVane

Peavy was 13-for-18 for 206 yards and threw four touchdown passes on the night. Bivins rushed for 101 yards on six carries and scored one touchdown.

The Wildcats will try to continue their winning ways when they travel to Columbus on Thursday, September 12, to take on Spencer. Kickoff is scheduled for 7:30 p.m.