Wildcats fall to Westfield in 10-0 shutout 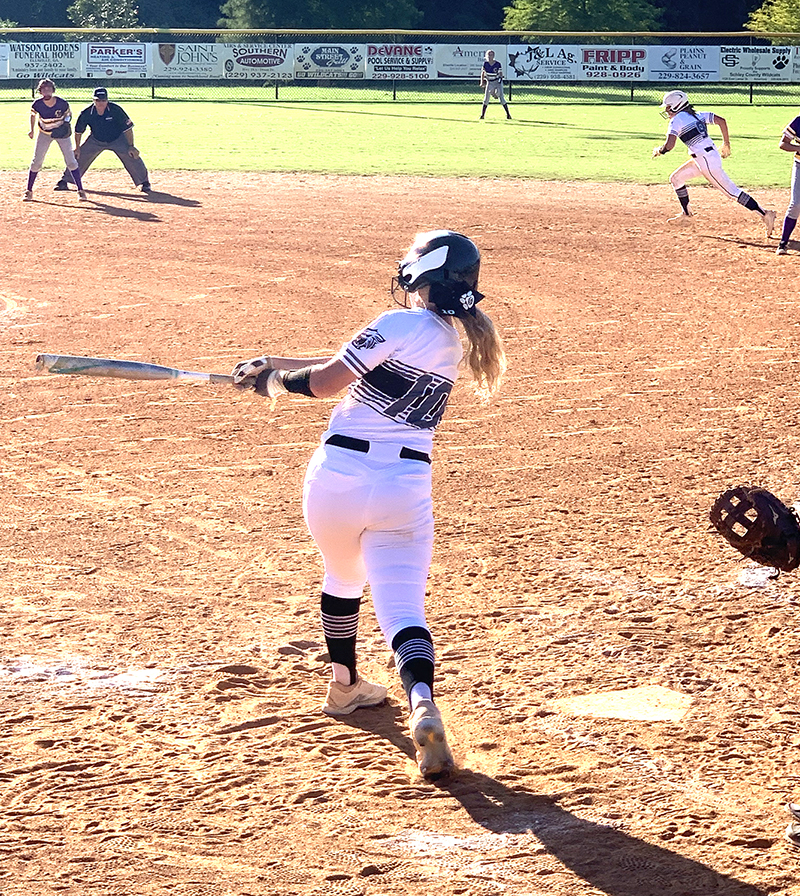 Schley County’s Rene Rix seen here in a previous game. Rix was one of only two Wildcats to earn a hit in the game at Westfield. Photo by Ken Gustafson

PERRY – After a dramatic come-from-behind victory over Crisp County on Wednesday, September 4, the Schley County Wildcat softball team (SC) came crashing down to earth the very next day. They were unable to mount any offense against the defending Georgia Independent School Association (GISA) state champion and undefeated Westfield Hornets (10-0). The Wildcats fell in a 10-0 shutout on Thursday, September 5, at the Westfield School (WS).

SC struggled to find any offense against the dominant pitching of WS starter Emma Williams. Williams gave up only two hits and struck out seven Wildcat batters en route to getting the win.

Zoe Molina and Rene Rix were the only two Wildcats that were able to earn hits off of Williams.

Marena Knowles led the Hornets offensively by going 3-for-3 with four RBIs, including a two-run home run in the bottom of the first inning.

It was a rough outing for SC starting pitcher Saige Whaley. She pitched just 2.1 innings and gave up 10 runs on 10 hits. Seven of those runs were earned. She walked two batters and struck out none.

The Wildcats (11-3) will try to rebound from this setback when they travel to Cochran, GA to take on Bleckley County on Monday, September 9, for the second of two meetings with the Royals. In the first meeting between the two teams, the Wildcats won 13-1 on Wednesday, August 21, at Schley County High School. First pitch for Monday’s game is scheduled for 5:30 p.m.