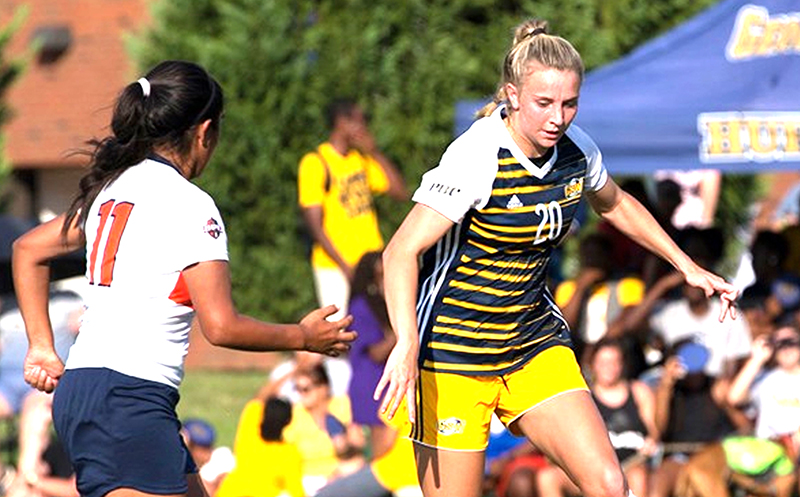 AMERICUS – On Saturday evening, September 14, the Georgia Southwestern State University (GSW) department of intercollegiate athletics set up Surge’s Splash Zone: two water slides for kids of all ages to enjoy during the GSW men’s and women’s soccer matches. The Lady Hurricanes were hoping to add to the fun festivities by earning a win in their second home match of the season. Unfortunately, it wasn’t to be as the Lady Badgers of Spring Hill College (SPC) defeated GSW 2-1 at Hurricane Field.

However, GSW freshman forward Payton Johnson brought the Lady Hurricanes back to within one when she scored her first collegiate goal off an assist from senior midfielder Alison Rugel. The Lady Hurricanes fought hard to try to get the equalizer, but were unable to do so.

With the loss, the Lady Hurricanes fall to 1-2 on the season. They will try to bounce back and get their second win of the season when they host Southern Wesleyan University on Wednesday, September 18. Kickoff is scheduled for 6 p.m.