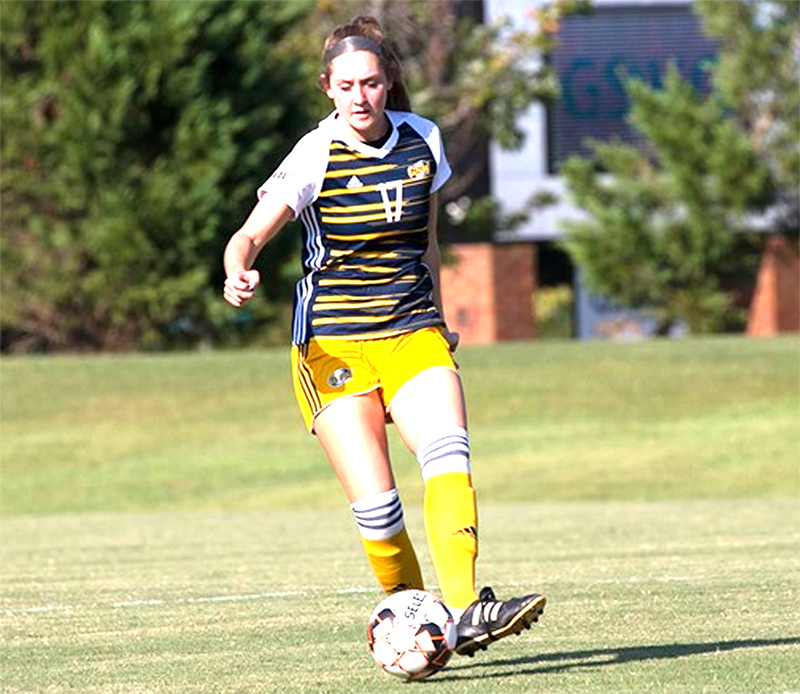 AMERICUS – The Georgia Southwestern State University women’s soccer team fought extremely hard against Georgia College (GC). However, the Lady Hurricanes were unable to stop GC junior forward Cassie Balzano, as she scored a hat trick (three goals) to lead the Lady Bobcats to a 3-0 shutout over GSW on Saturday, October 5, at Hurricane Field.

It was a tight and closely-fought first half between both teams, but in the 42nd minute, Balzano scored the first of her three goals when she received a pass and shot the ball into the far left corner of the net to give the Lady Bobcats a 1-0 halftime lead.

The Lady Hurricanes were unable to generate any offense in the second half, while Balzano scored two more goals to lead GC to victory.

Overall, the Lady Hurricanes were out shot by GC 30-9.

The Lady Hurricanes are currently on a three-game losing streak. It will not get any easier for them, as they will have to face the #20th-ranked team in the country: the University of North Georgia, on Wednesday, October 9, in Dahlonega, GA. Kickoff is scheduled for 6 p.m.