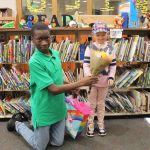 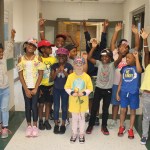 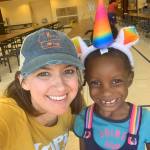 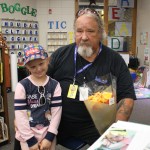 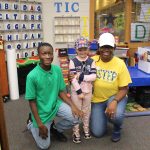 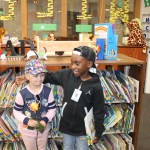 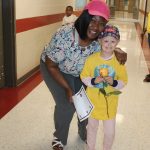 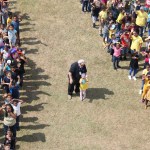 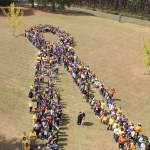 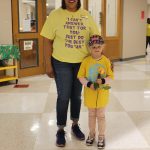 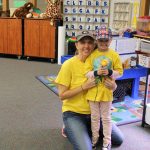 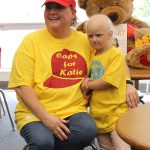 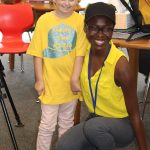 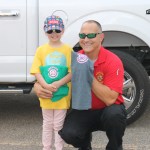 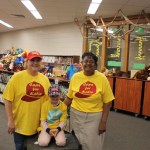 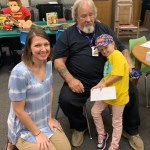 Sumter County Elementary started Caps for Katie to help out a student in their building that is currently fighting childhood cancer.  Katie is in the second grade and this is the second time she has had to fight this battle. Katie was first diagnosed right before she turned three.  She underwent chemo and radiation. For about five years, she was cancer free. Unfortunately, this July they went to the doctor for her checkup and did not receive the news they wanted.  The cancer had returned.

When she started second grade this August, the news of Katie having cancer spread through the school.  It was obvious due to the hats she was wearing that she had started chemo again and her hair was coming out.  Her grandmother makes cute hats for her to wear. Katie doesn’t mind her hair being gone and sometimes has on her hat and sometimes not.

We decided that we would show Katie that we love her by starting a Caps for Katie day.  On this very special day, everyone in the building could make a donation and wear a hat in honor of Katie.  These donations would help out Katie’s family with traveling to and from Atlanta for treatments. She goes for three Fridays and has one Friday off to build strength.  These trips cost the family around $125.00 each.

WRBL, in Columbus, Ga., reached out to us because they heard about our big day and wanted to come and tape the events and interview Katie as well.  On Thursday, October 3rd, the Caps for Katie Day arrived.  The students came in with their hats on and some even wore yellow or gold shirts for Childhood Cancer Awareness.  They were excited to help Katie and her family. SCES had a ribbon staked off on the front lawn so that all faculty, staff and students could fill it in.  The Americus Fire Department, Chief Roger Bivins, Josh Edwards, Brad Eubanks, and Chris Coogle brought out the fire truck and let some of the faculty in the bucket and lifted us way into the air to take pictures of the ribbon.  As we were going up, the students started shouting “Katie, Katie, Katie”, over and over. Katie and her father Jack were in the middle of the ribbon. Once the pictures were taken, Katie was able to go up in the bucket of the fire truck.  She was a little nervous at first but ended up wanting to go again and had a huge smile on her face. Chief Bivins gave Katie t-shirts from the fire department.

Katie did her interview with WRBL and stated that the students love her and want to help her.  She also said her daddy tells her she has to go to the doctor or she will be sick. She aspires to be an actress one day and even sang a part of a song from the movie, Frozen.

The best part was that other schools in the district jumped on board with Caps for Katie and planned events to help raise money.  Some donated money to wear caps or jeans and others held a Coins for Katie event at the high school football game.

The love and generosity has been plentiful in the Sumter County School System.  Katie and her family are very thankful for the donations. Katie‘s dad said, “In a world where you don’t think anyone cares, this day shows that is not the case.”  The students now see Katie in the hallway and give her high fives or say, “Hey Katie.” They are excited to see her and know that they have helped out in such a positive way.

Fraud Investigation The Americus Police Department is currently investigating a fraud case in which fraudulently obtained merchandise was delivered to... read more