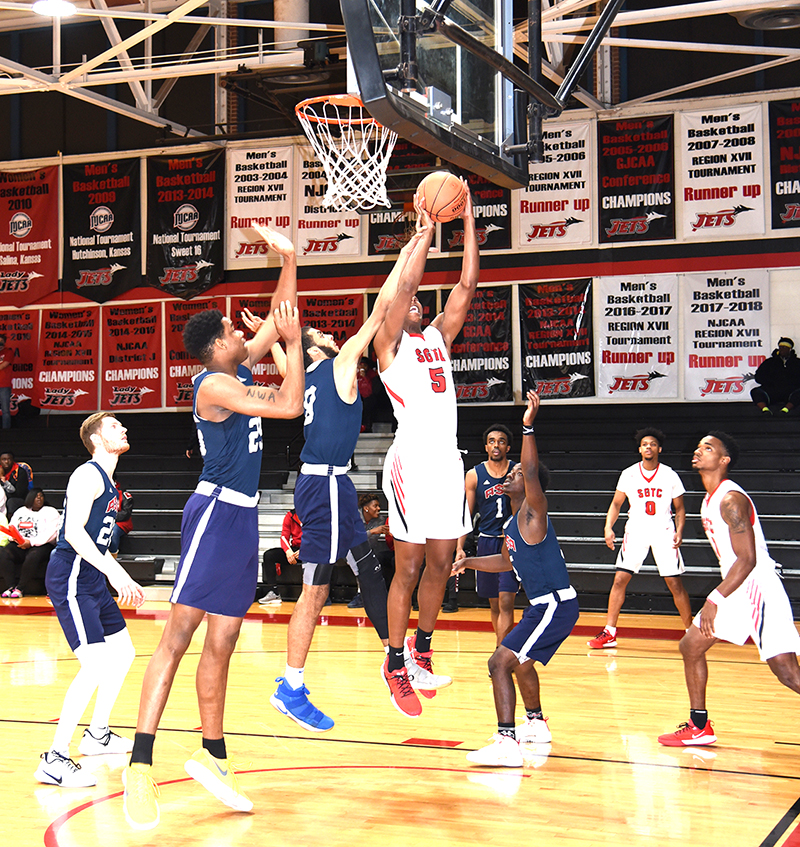 ASA scored the first points of the game, but it was all SGTC after that. The Jets jumped out to a 45-27 lead at the half and then pulled away in the second half, leading by as many as 49 points.

This is the second time this season that the Jets have posted 100 points or more. They took a 102-77 win over New Rock Prep on Monday, November 11. Then they put together a strong second half against ASA to win 111-63 this past Tuesday evening.

The Jets had numerous players in double figures. Justin Johnson led SGTC in scoring with 24 points on 10 of 14 shooting. Johnson made one of two shots from beyond the arc and was perfect at the foul line.

Austin Hadden came off the bench to score 21 points and Jaylen McKinney had 14. Emmanuel Nwaneri also chipped in 12 points in the winning cause.