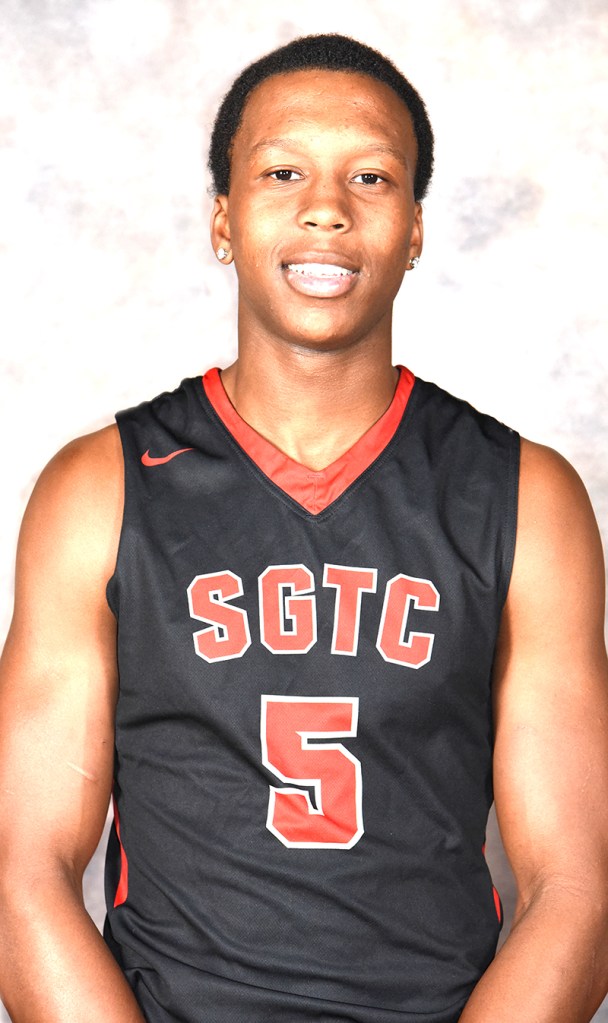 SGTC sophomore guard Justin Johnson led the Jets in scoring with 17 and 26 points respectively in the two games they played at the Chipola College Classic Tournament. Photo by Su Ann Bird

MARIANNA, FL – The South Georgia Technical College men’s basketball team (SGTC) had a difficult time this past weekend as they dropped two games in the Chipola College Classic Tournament in Marianna, FL this past Friday and Saturday, December 6-7.

“Chipola and Gulf Coast State are currently ranked in the top 15 spots in the National Junior College Athletic Association poll, so we were up against some very good competition,” SGTC head coach Travis Garrett said. “Chipola is currently ranked 15th in the nation and we did not match-up good against them, but I was proud of the way we played against Gulf Coast State College, which is currently unbeaten and ranked sixth in the nation.”

The Jets (5-6) started out strong against CC in the opening game of the tournament and only trailed 26-21 at halftime. However, the Indians held the Jets to 23 points in the second half and scored 36 second-half points to win 64-44.

“We did not shoot the ball well against Chipola,” Garrett said. SGTC only shot 25 percent from the field and shot 20 percent from beyond the arc. The Jets also made only seven of 12 shots from the foul line.

SGTC sophomore guard Justin Johnson led the team in scoring with 17 points and was the only Jet to reach double-figures. Sophomore center Merdy Bata was the only other SGTC starter to score (two points).

Sophomore Brice Paster came off the bench to add nine points for the Jets. All of those nine points came on three three-pointers. Tobias Long was the next highest scorer with seven points. Jalen Reynolds contributed five points and Jordan Stephens chipped in four. CC had three players in double-figures.

In Saturday’s game against Gulf Coast State College (GCSC), the Jets jumped out to a 44-38 lead at the half. However, GCSC regrouped in the second half and outscored the Jets 44-33 on their way to the 82-77 victory to stay unbeaten on the season.

Johnson again led the Jets in scoring with 26 points and had some help from sophomore Toriano Lewis, who was also in double figures with 13 points. Sophomore Jaylan McKinney started and came up with eight points and both Bata and Denari Garrett closed out the scoring for the starting five with four points each.

The Jets’ bench scoring was pretty balanced as Lamont Sanders, Austin Hadden and Tobais Long each scored five points. Both Paster and Jalen Reynolds each chipped in three points in the losing cause. GCSC had three players in double figures.