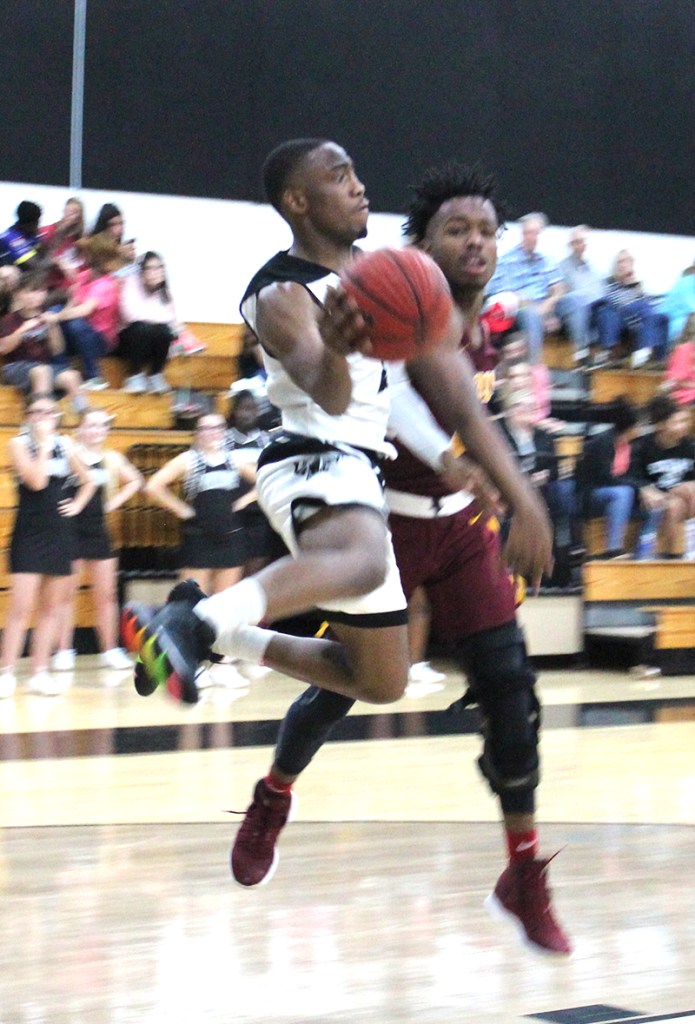 ELLAVILLE, GA – The Schley County Wildcat basketball team jumped out to a 22-8 lead in the first quarter and took control from there on their way to a 74-59 Region 4-A victory over Dooly County (DC) on Tuesday, December 10, at Schley County High School (SCHS).

Two other Wildcats scored in double figures. Cameron Solomon scored 15 points and grabbed five rebounds, while Zamon Ross poured in 14 points in the winning cause.

The Bobcats made a run in the second quarter by outscoring the Wildcats 20-10. By halftime, SCHS only led 32-28.

However, the Wildcats were able to maintain their lead throughout the second half en route to the 74-59 victory. 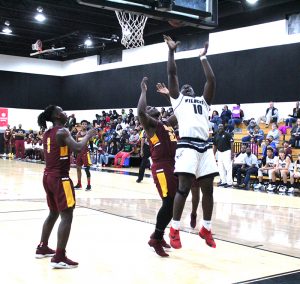 Zykevious Walker (10) goes up for a put back. Walker posted a double- double by scoring 12 points and grabbing 16 rebounds.
Photo by Sheila DeVane

With the win, SCHS improves its overall record to 2-1 on the season. All of the Wildcats’ games have been against region opponents so far. Dooly County drops to 4-1 on the season.

Up next for SCHS is a trip to Greenville, GA on Friday, December 13, to take on another region opponent: the Greenville Patriots. Tip off is scheduled for 7:30 p.m. They will then turn around and play Macon County in Montezuma on Saturday, December 14, at 7:30 p.m.