Panthers blow by Bearcats to improve to 10-0 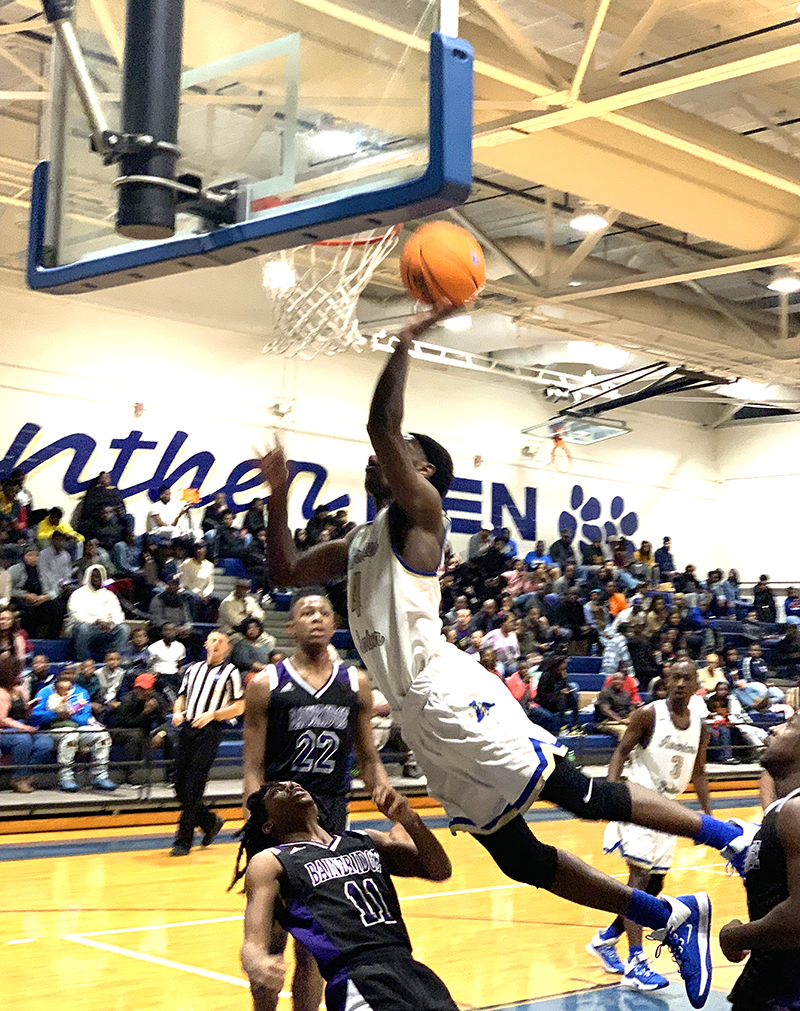 Americus-Sumter senior guard Trae Brown drives to the basket against Bainbridge. Brown led the Panthers with 22 points in the win over the Bearcats. Photo by Ken Gustafson

AMERICUS – Having easily dispatched Marion County in a 70-29 drubbing the night before, the Americus-Sumter boys’ basketball team (ASHS) once again imposed their will early and maintained their lead over Bainbridge on their way to a 68-42 victory over the Bearcats on Saturday, December 21, at Americus-Sumter High School.

With the win, the Panthers improve to 10-0 on the season.

In the first meeting between these two teams on Saturday, November 29 in Bainbridge, the Panthers defeated the Bearcats 57-45.

“The guys came out with very high energy in the first half and played great defense,” ASHS head coach Johnny Genwright said. “In the second half, we came out pretty slack and they made a run, but we closed it out and executed well. We’ve just got to get back to work.”

Senior guard Trae Brown led the Panthers in scoring with 22 points. Both JaKontist Gordon and Darion Mitchell each scored eight points in the winning cause. 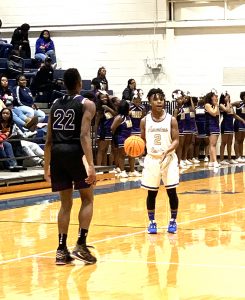 The Panthers jumped out to a 30-9 lead by the end of the first quarter and went into halftime leading 47-19. While the Bearcats (8-5) made a run in the second half, it would not be enough as the Panthers were able to maintain their control of the game.

The Panthers will travel up to Atlanta to take on Landstown (VA) on Saturday, December 28, in the Big South Shootout at Holy Innocents Episcopal School. Tip off for that game is scheduled for 3 p.m.